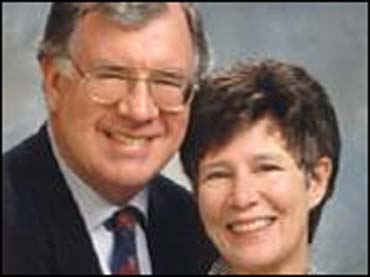 A syndicated newspaper columnist received at least $4,000 from the Department of Health and Human Services for work in support of President Bush's effort to promote marriage, USA Today reports.

Mike McManus is the third commentator to receive money from a federal agency to boost Bush policy initiatives. The newspaper said McManus got the money to train marriage mentors.

USA Today also said Marriage Savers, a non-profit organization operated by McManus, received $49,000 from a group that receives HHS money to promote marriage to unwed couples who are having children.

The newspaper said McManus had boosted the Bush marriage initiative in his column on several occasions since he began receiving government money in 2003. USA Today also reported that Wade Horn, the HHS official who manages McManus' contract with the agency, was quoted in at least three of the columns.

Horn is a former member of the Marriage Savers board of directors, the newspaper said.

News of the McManus contract follows the disclosure that syndicated columnist Maggie Gallagher was being paid $21,500 by HHS to push the White House's $300 million initiative to encourage marriage.

Columnist and commentator Armstrong Williams was paid $240,000 by the Education Department to plug Mr. Bush's No Child Left Behind legislation. That contract became known two weeks ago.

McManus told USA Today that the opinions expressed in his column were not influenced by his work for HHS. "I was hired because we have an expertise in working with churches," he said.

On Wednesday, President Bush ordered his Cabinet secretaries not to hire columnists to promote administration policy.

"All our Cabinet secretaries must realize that we will not be paying commentators to advance our agenda," Mr. Bush said. "Our agenda ought to be able to stand on its own two feet."

That wasn't good enough for the Democrats.

Sens. Edward Kennedy of Massachusetts and Frank Lautenberg of New Jersey say they will introduce a bill next week that would strengthen existing law against using government funds for publicity or propaganda within the United States.

"This abuse by HHS is just another in a long list of similar incidents of paid policy advocates supporting Bush Administration policies," the senators wrote.

Also Wednesday, the House Committee on Government Reform released a report on the use of taxpayer dollars for public relations campaigns. It found the administration spent a record $88 million on government-funded public relations contracts in 2004 — more than double the amount spent in 2000, according to the report prepared for House Minority Leader Nancy Pelosi, D-Calif., and other Democrats.

Several investigations, including one by Congress' investigative arm, the Government Accountability Office, and the Education Department, are under way. They are looking into whether any laws were broken — and if so, by whom — when Williams was given the money to produce television and radio ads promoting the No Child Left Behind Act.

Williams has apologized, calling it a mistake in judgment to not disclose that the administration was paying him, but insisting he broke no laws.

Gallagher apologized to readers in her column Tuesday, saying she was not paid to promote marriage but "to produce particular research and writing products" — articles, brochures, presentations. "My lifelong experience in marriage research, public education and advocacy is the reason HHS hired me," she wrote.

She said it never occurred to her to tell readers about her work for the government. "I should have disclosed a government contract when I later wrote about the Bush marriage initiative. I would have, if I had remembered it. My apologies to my readers."