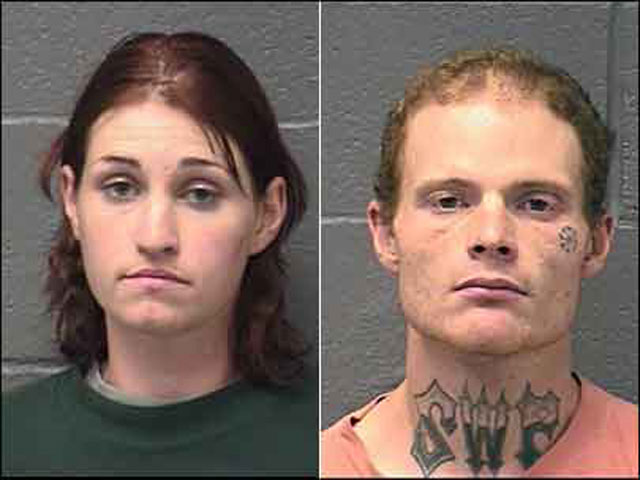 (CBS/AP) PORTLAND, Ore. - A body was found in the jeep of a missing Washington man, whose wife was also slain during a deadly crime spree last week that ended with the arrest of two armed fugitives with white supremacist leanings, Oregon authorities said Saturday.

The body was found in a Jeep owned by David Jones Pedersen - known as "Red" to his friends and family. He's been missing since last month when his wife, Leslie Pedersen, was found stabbed to death in their Everett, Wash., home. Authorities have not yet identified the deceased white male found in the Jeep but they said Red Pedersen's relatives have been notified.

Authorities were led by a tip into remote forested mountains southeast of Salem, Ore., where they discovered the Jeep at the bottom of a steep embankment beneath a logging road, near a campground in the Cascade Range.

Red Pedersen has been missing since Sept. 28, when his wife, Leslie Pedersen, 69, was found stabbed to death in the mobile home they had moved into just weeks earlier. Her hands were tied with duct tape, a bloody pillow was wrapped around her head.

There was no sign of Red Pedersen and his black 2010 Jeep Patriot or of his son who'd recently been released from the Oregon prison system where he'd spent half his life. Red Pedersen wanted to reconnect with his son, a relative told The Daily Herald of Everett, Wash.

Three days after Leslie's body was discovered, 19-year-old music-lover and devout Christian Cody Myers left for a jazz festival on the Oregon Coast. Somehow, authorities say, he crossed paths with a couple running from the law. His body was found in a forested area near Corvallis, Ore., with gunshot wounds to the head and chest. It was discovered some 70 miles from the embankment where Red Pedersen's Jeep came to rest.

On Wednesday, nine days after Leslie Pedersen was found dead, the suspects were apprehended driving Cody Myers' Plymouth. Two loaded handguns and a rifle were in the car.

Pedersen and Grigsby have not been charged in the Oregon and Washington slayings but they remain in custody in California on weapons and auto-theft charges. They pleaded not guilty to those charges Friday and are expected in court Tuesday for an extradition hearing.

Pedersen is a mixed marital arts competitor with a prominent white supremacy tattoo on his neck. He spent the ages of 16 to 31 in one form of incarceration or another, save for a one-year stretch in the mid-2000s. His convictions include assaulting a police officer and threatening a federal judge.

Grigsby's white supremacist leanings were made clear to her fellow inmates at Oregon's women's prison. She found herself in trouble while locked up, getting written up for assault and possession of contraband.