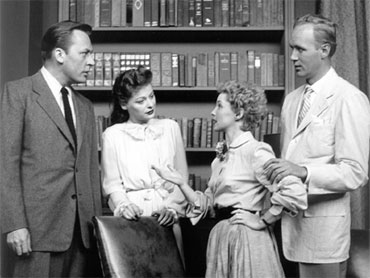 An employee for the company that handled a horse racing bet at the Breeders' Cup has been fired for allegedly altering tickets that turned out to be worth more than $3 million.

Lorne Weil, chairman and CEO of Scientific Games, the parent company of Autotote Corp., said Thursday during a conference call with Wall Street investment firms that the former employee was identified after an internal investigation.

The dismissal comes as the New York Racing and Wagering Board continues its investigation into whether someone was able to hack into computers processing the bets and change their bets following the start of Saturday's races at Illinois' Arlington Park.

Weil said the former Autotote Corp. employee had the password to get into the data system and alter the ticket for the Breeder's Cup Pick Six after the first four races of the Ultra Pick Six had been run and the results were known, the Thoroughbred Times reported.

Weil didn't identify the employee or say how the ticket had been altered. The New York Times in its Friday editions, quoting unidentified racing officials, identified the employee as Chris Harn, 29, who worked in Autotote's offices in Newark, Del.

A phone message left at Autotote on Thursday by The Associated Press was not returned.

Derrick Davis, 29, of Baltimore purchased Pick Six tickets worth more than $3 million for the Breeders' Cup races from the Catskill Regional Off-Track Betting Corp., based in Pomona, N.Y.

Officials from Breeders' Cup and National Thoroughbred Racing Association cited the unusual nature of the winning wagers and raised concerns about the possibility the electronic system that records the time bets are placed could have been altered.

Donald Groth, president of the Catskill Regional Off-Track Betting Corp., said a Maryland man made the bets 23 minutes before the first race in the Pick Six.

"Our records indicate he placed the bet at 2:14 p.m. and the race went off at 2:37 p.m.," Groth said Tuesday. "I certainly don't want to second-guess the investigation or the state, but all they should discover is that he was a lucky guy who had a lucky day."

Davis insisted he did nothing wrong.

"I didn't past-post anything," Davis told the Thoroughbred Times. "I don't know how I'd do it."

Davis' attorney, Steven A. Allen of Baltimore, wouldn't say whether Davis knows the fired Autotote employee. The Times quoted sources as saying the two both attended Drexel University in Philadelphia.

"It is Derrick's position that he made a legitimate wager and he's concerned that there is a lot of speculation going on. He denies that he did anything wrong," Allen told The (Baltimore) Sun.

"There is a process for investigating these types of allegations. It is early in that process. We're going to let that process go forward."