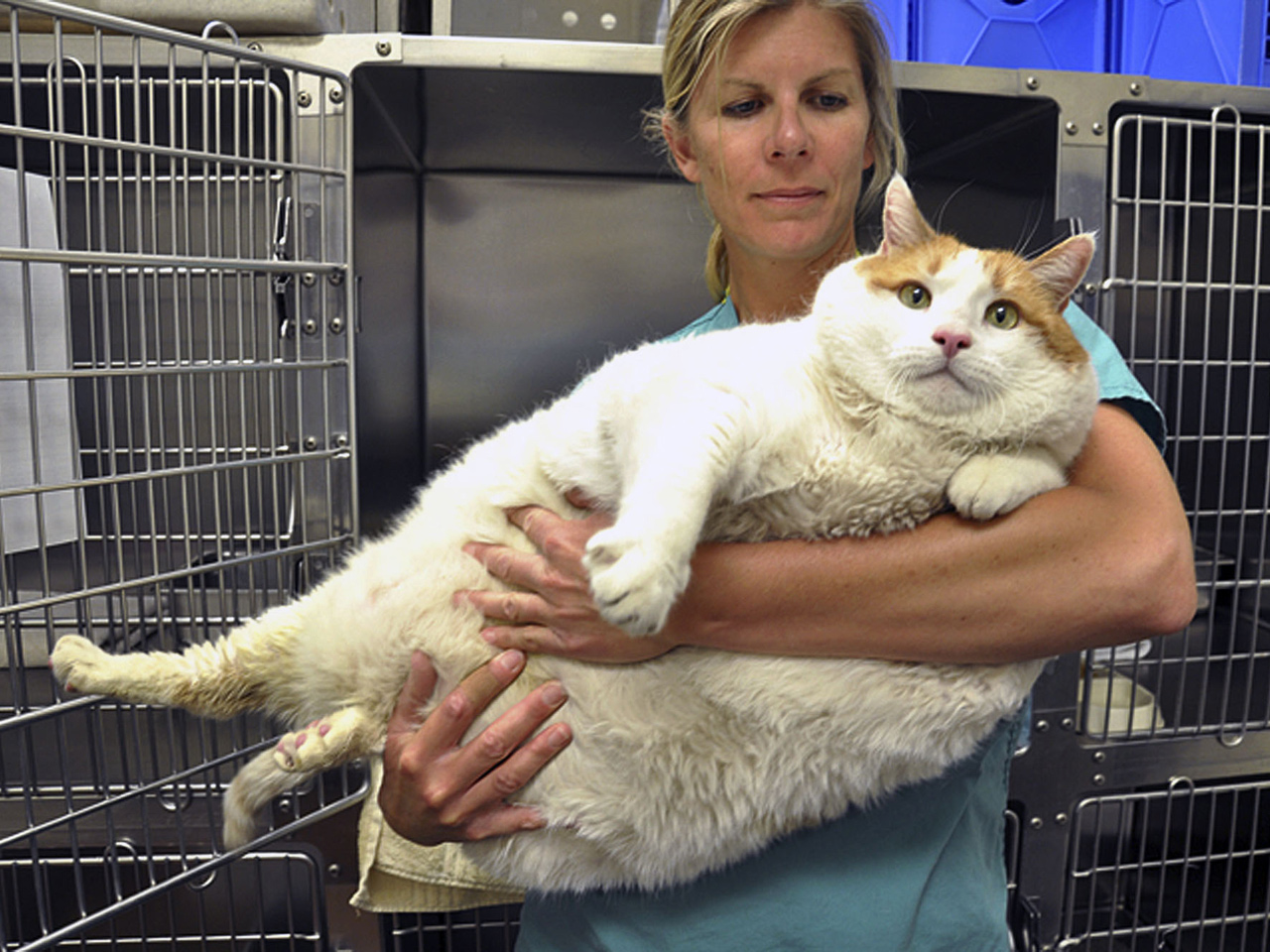 (CBS/AP) SANTA FE, N.M. - A cat that got national attention for tipping the scales at 39 pounds has died from apparent complications of his morbid obesity, an animal shelter said Monday.

The orange and white tabby named Meow, who was between 2 and 5 years old, was taken to the Santa Fe Animal Shelter & Humane Society last month after his 87-year-old owner could no longer take care of him. According to CBS affiliate KRQE in Santa Fe, N.M., at 39 pounds, the cat was at the equivalent weight of a 600-pound human.

The shelter put Meow on a diet and posted all his weigh-ins on a Facebook page that got national attention.

"We were in a race against time to get the weight off Meow before he developed complications from his morbid obesity and we lost," Martin said to KRQE.

Meow underwent a battery of tests, including X-rays and a cardiac ultrasound, and was put on oxygen.

Despite the shelter's best efforts, Meow died on Saturday due to pulmonary failure, according to KRQE.

"It was a shock and a horror for all of us," Martin told The Associated Press through tears. "We all fell in love with him."

She said people across the country contacted the shelter after Meow's story made national news, with many telling her he inspired them to put their pets and themselves on a diet.

It's not clear how Meow gained so much weight, but Martin said it was likely a simple combination of a high-calorie diet and inactivity.