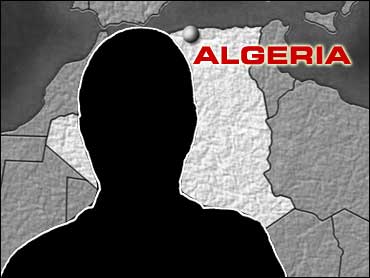 Searchers looking for 31 European tourists who vanished in the Sahara Desert have found what appears to be their abandoned vehicles, clothing and food.

But the fate of the tourists themselves remained unclear and officials differed in their accounts, including whether talks were under way to free the missing tourists.

"All, or at least some, are still alive," Algerian Interior Minister Noureddine Yazid Zerhouni he told a parliamentary commission Tuesday, without elaborating. The remarks were published Wednesday by Liberte newspaper.

The minister denied that negotiations were under way with the presumed kidnappers, as previously reported by Algerian media. But on Sunday, parliamentary official Mohammed Guerrout told Algeria Radio talks had started.

"The tourists are indeed alive, and negotiations are taking place to win their release," said Guerrout, president of a parliamentary commission on tourism and culture.

The New York Times reported that the disappearance of the tourists - 15 Germans, 10 Austrians, four Swiss, one Dutch and a Swede - has produced only a muted reaction in Europe.

The newspaper said that six members of the German Criminal Police had been dispatched to Algeria to join the investigation into the disappearance.

The desert travelers, who had set off in six separate groups in four-wheel drive vehicles or on motorcycles, disappeared starting in mid-February. None had hired guides.

Authorities last week discovered six vehicles thought to belong to the tourists, Zerhouni said. The vehicles were stripped of their batteries, canned food and clothing,

Some 5,000 Algerian troops and 300 local guides have been searching for the tourists, he said.

Last week, a ranking Algerian official told The Associated Press the missing men and women were being held in the Illizi region near the Libyan border.

Liberte also quoted Zerhouni as saying a search party had discovered a stash of arms and "contraband" in the desert, without providing details.

It was not clear if the six vehicles cited by Zerhouni included one that was reported discovered April 28.

Zerhouni said the vast area was known to be "filled with smugglers," some with connections to the Salafist Group for Call and Combat, an Islamic extremist group that has been linked to al Qaeda.

There has been speculation that Islamic rebels battling the military-backed government for more than a decade might be behind the disappearances, even though the Sahara region has been free of attacks.