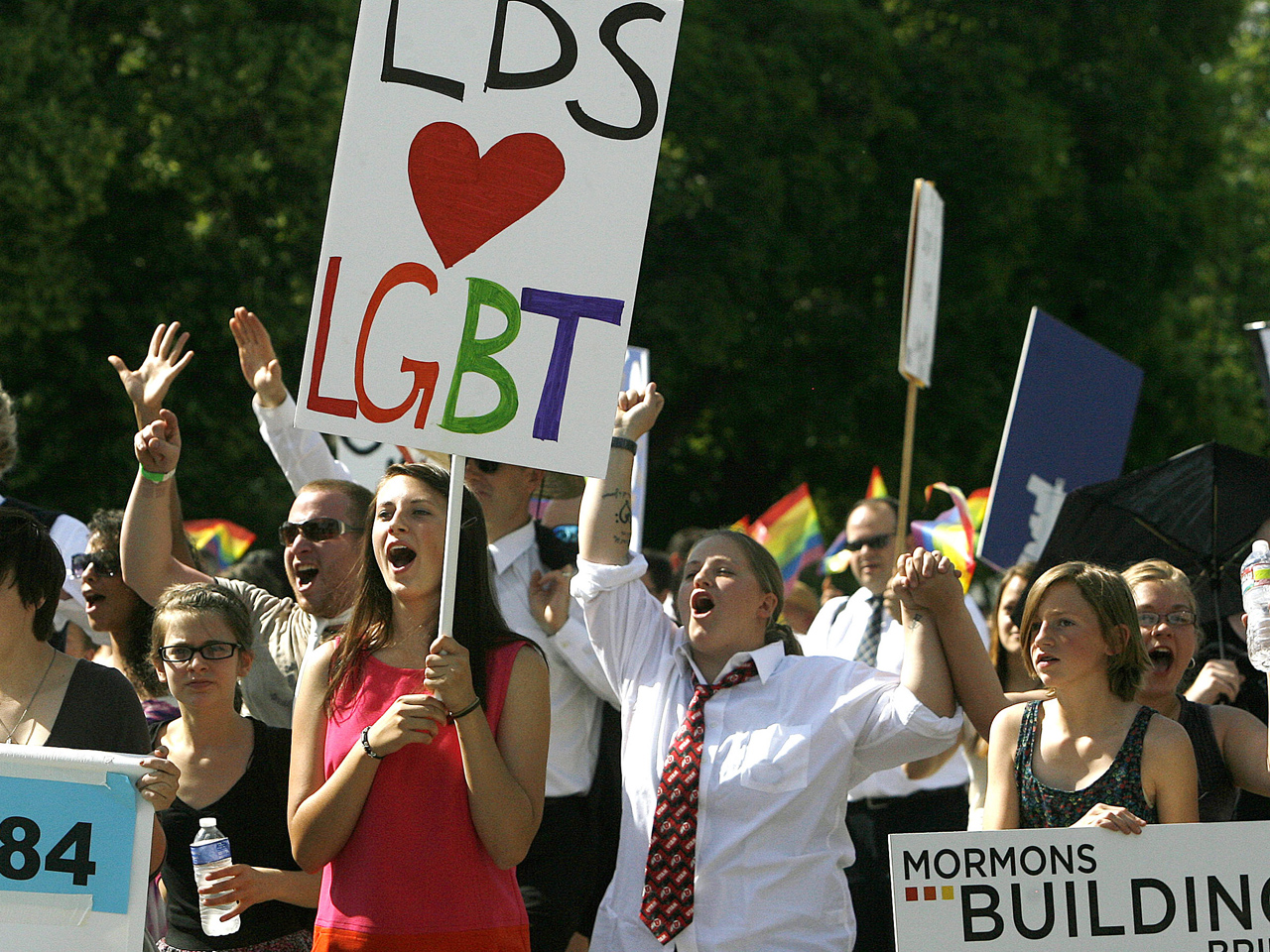 (AP) SALT LAKE CITY - More than 300 Mormon church members who are not gay drew shouts of approval and tears from spectators while marching in the Utah Gay Pride Parade in downtown Salt Lake City.

The Mormons say they sought to send a message of love to Utah's lesbian, gay, bisexual and transgender community by joining the annual parade Sunday. Their participation marked the first time such a large group of Mormons took part in the parade, organizers said.

The Mormons, dressed in their Sunday best, included fathers carrying their children on their shoulders and mothers pushing strollers, The Salt Lake Tribune reported.

Nevin Munson, 13, carried a sign that said: "Love thy neighbor as thyself."

"I'm very saddened by the amount of hate in the world," he said, adding discrimination against gays and lesbians exists around the world. "I don't believe in that — they're humans."

Emily Vandyke, 50, carried a sign with the words from a Mormon children's song: "I'll walk with you, I'll talk with you. That's how I'll show my love for you."

Along the parade route, she embraced a weeping woman who said, "Thank you."

"I haven't recognized them as equals," Vandyke told the Tribune. "They have been invisible to me."

Parade grand marshal Dustin Lance Black, an Academy Award-winning screenwriter, tweeted: "In tears. Over 300 straight, active Mormons showed up to march with me at the Utah Pride parade in support of LGBT people."

Holly Nelson, a 38-year-old lesbian from Murray, also had tears in her eyes, as the Mormons walked past.

"I think it's amazing," she said. "It's been so hard to live in Utah knowing the Mormon church is against the gay community."

While the Church of Jesus Christ of Latter-day Saints does not consider same-sex attraction a sin, it only regards sexual relations within the marriage of a man and a woman as acceptable.

Some spectators said their homosexuality caused them to leave the church, and they might have remained members had the faith been more tolerant.

"I lost everything I loved because I came out," said Carolyn Ball, a 48-year-old lesbian from West Jordan.

The participation of the church members was organized by a newly formed group calling itself Mormons Building Bridges.

Erika Munson, the group's founder and a mother of five from Sandy, said the success of the event reflected the "deep wounds" in the community. Organizers hope it marks the beginning of a grassroots movement, she added.

"We want to inspire other Mormons at the local level to do things for their LGBT brothers and sisters," Munson said.