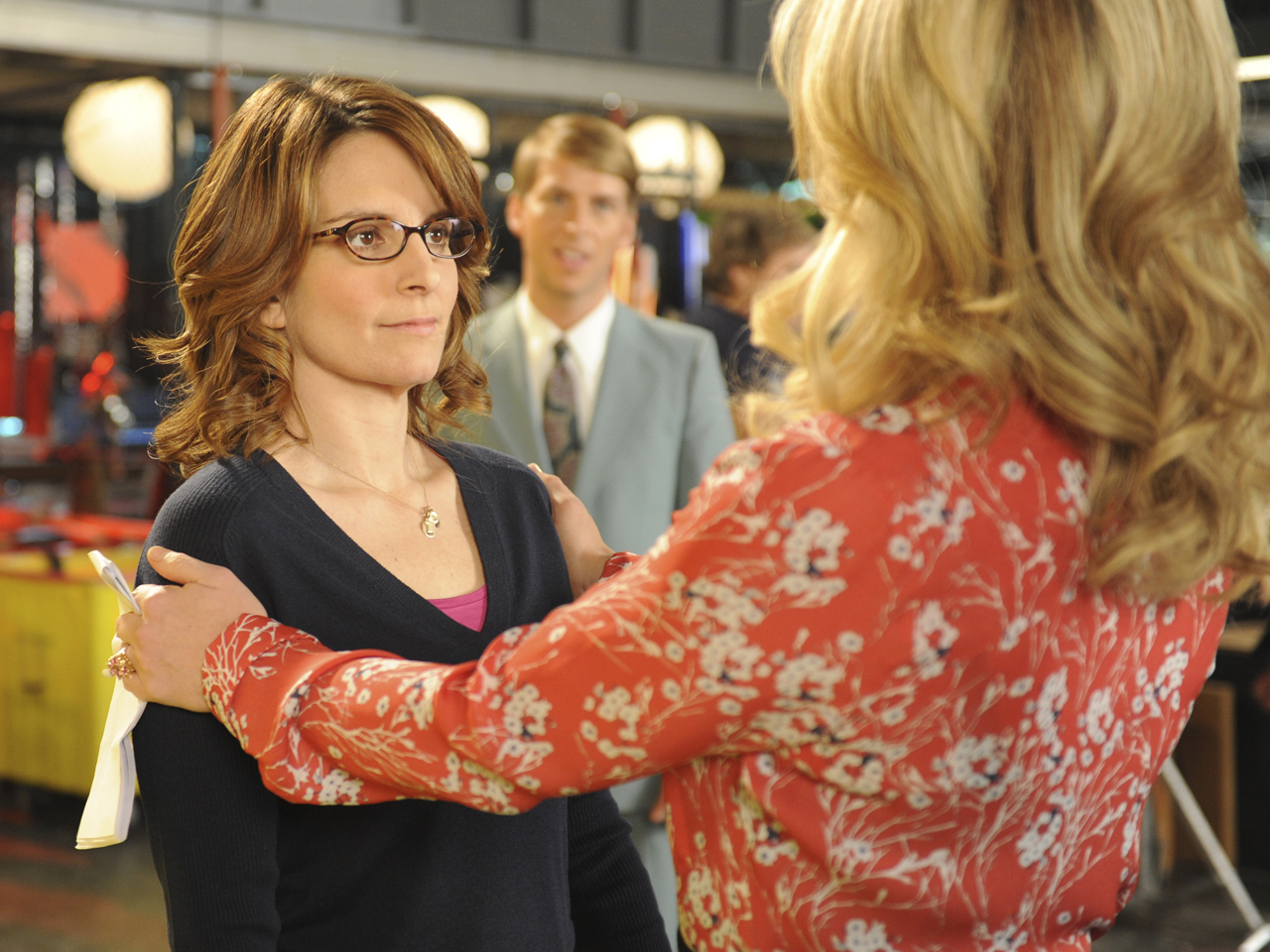 You wanted resolution on the "30 Rock" finale?

You got it. Sort of. At least, the sort befitting "30 Rock," with its loopy storytelling mixed with joy in spoofing the culture of TV.

Closure, if that's what it is, came in a two-minute postscript on this hour episode Thursday on NBC. Which, among other things, included this sly touch: a reference to the snowglobe revelation with which the medical drama "St. Elsewhere" famously concluded a quarter-century ago.

But there was more. Just before the final fade-out, NBC President Kenneth the former Page (Jack McBrayer) was pitched a new comedy series taking place right there at network headquarters, 30 Rock.

Hmmm. This was no ending. It was a Mobius strip.

The comic coda proposed where many of the characters might be a year from now. But that wasn't the point of the finale, which mostly wanted to have fun. And did.

This last yahoo of "30 Rock" after seven brilliant seasons took delight in tracking the unraveling of its characters as the show-within-the-show, "TGS," came to an end with its own final broadcast. After that, of course, its producer, Liz Lemon (Tina Fey), its stars, Jenna Moroney and Tracy Jordan (Jane Krakowski and Tracy Morgan) and other members of the "TGS" staff will have to leave the cozy, kooky nest of 30 Rockefeller Plaza. The prospect of doing that terrifies them all.

He had gotten the top job he wanted all his life. And as the ultimate Republican capitalist, he had even scored a lash-out from a treasured enemy, House Democratic Leader Nancy Pelosi.

"Jack Donaghy is an economic war criminal," Pelosi was seen declaring on a cable news network. "If the Democratic Party controls Congress, I will see to it that he is punished in the worst way possible: by having to come down here and listen to us."

Even with total victory under his belt, Jack still felt unfulfilled. What else could he do? He resigned from Kabletown and began a journey to discover what might truly make him happy.

Jack's despair included the fear that he's lost Liz as a friend.

"I don't have that many people in my life," he sobbed to Jenna. "I spend Christmas alone in the Hamptons drinking Scotch and throwing firecrackers at Billy Joel's dog."

Out of a job, Liz was miserable as a stay-at-home mom of adopted twins. Conversely, her husband, Criss (played by guest star James Marsden), hates steady employment.

"I do like ignoring your questions while I try to watch TV," Liz agreed.

(Interestingly, Liz was seen a year hence back at work producing a dumb sitcom with her children in tow. Where was hubby Criss?)

During the finale, "30 Rock" didn't hesitate to snack on its own past.

Liz and Tracy had an awkward heart-to-heart at the strip club where Tracy lured her on their first encounter on the series' premiere.

And a high point of the episode came when Jenna revisited the project she starred in years ago, a film with the lips-scrunching title "Rural Juror" (which inevitably comes out sounding something like "ruhr juhr").

On the farewell "TGS," Jenna performed the theme from her new musical adaptation of "Rural Juror," with, inevitably, almost nothing she sang recognizable as English.

It served as a reminder: "30 Rock" wasn't just a brilliant comedy series. It also forged a comic language all its own.

Tell us: What did you think about the "30 Rock" finale?