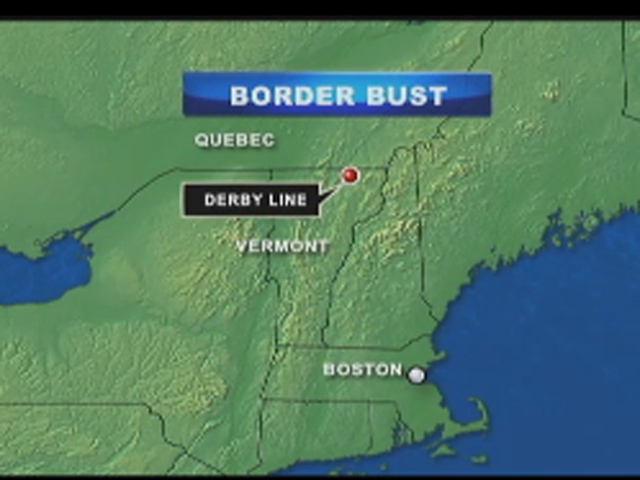 (CBS/AP) BOSTON - Thirty college students from the Boston area were busted at the US-Canada border when agents say they caught the kids sneaking alcohol and drugs into the country. Authorities found the contraband when they stopped eight buses returning from a ski trip in Quebec at the Derby Line in Vermont.

CBS Boston reports Vermont State Police say Border Patrol searched t he buses and a total of 30 students were found with booze and drugs. All were cited, and 26 were charged for possessing alcohol under age, three for possession of marijuana and one BU student, 22-year-old Laura Eldred, was charged with possession of ecstasy.

Trooper Andrew Jensen says the students' bags were searched by Customs and Border Protection agents. The cases were then turned over to the state police.

At least four of the students attended Boston University. A spokesman for the school says they were not on a school sanctioned trip and are not on the ski team.

BU Junior Liseanne Miller says she is not surprised by the bust. "I think it sounds pretty typical, a group of college students going to Canada. It's not that far away, the drinking age is 18 there, they bought it legally they brought it back," she said.