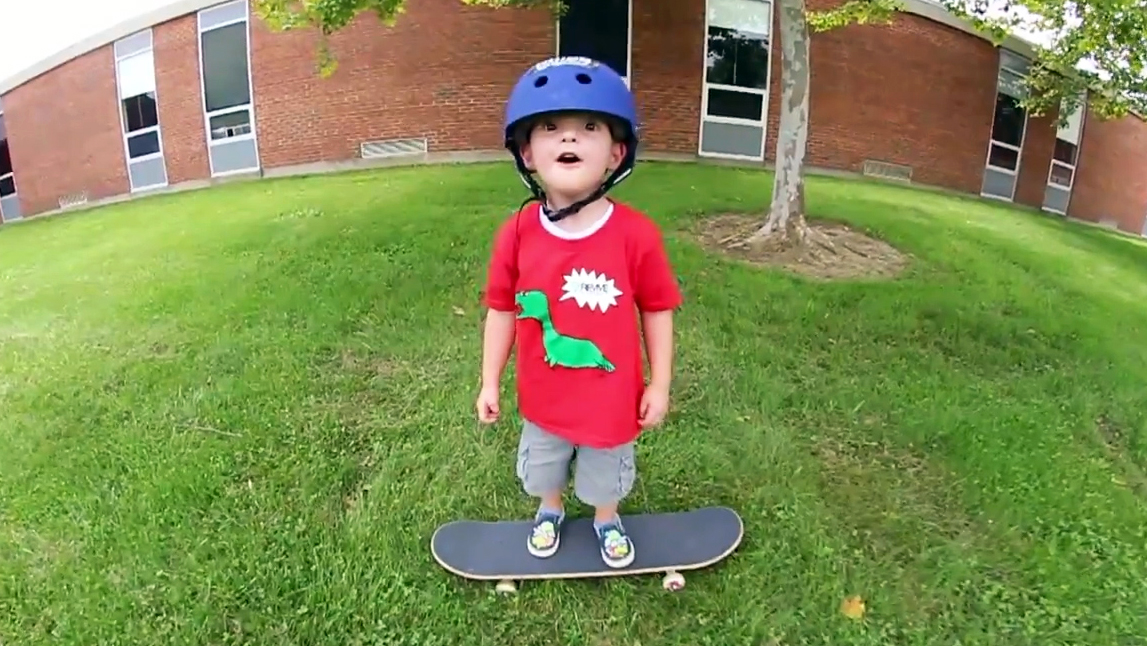 Some of the latest and greatest viral videos include the excited reaction of a pro skateboarder's son as he nails his first trick and an NFL player experiencing what it's like to be a dog locked in a hot car.

In this video, professional skateboarder Andrew Schrock teaches his adorable 3-year-old son Ryden how to do his first trick. After just two sessions in two weeks, Ryden pulls it off. The sheer joy of his reaction makes the video worth watching.

PETA (People for the Ethical Treatment of Animals) created this video to raise awareness about the dangers of leaving a dog trapped in a car on a hot day. With the outside temperature at 90 degrees, NFL free safety Tyrann Mathieu of the Arizona Cardinals explores how long he can stand the heat. After just 8 minutes, the temperature inside the car reaches 120 degrees, and Mathieu has to bow out of the experiment. Every year, thousands of pets are injured or killed in hot cars, according to the Humane Society of the United States.