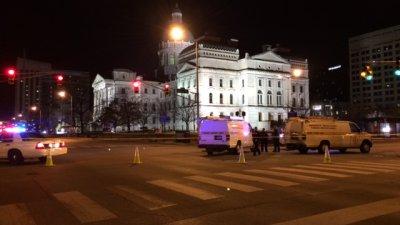 The two males were transported to the hospital in stable condition, while the female was listed in critical condition, CBS affiliate WTTV reports.

Police said in a statement that a preliminary investigation indicated it was a drive-by shooting. The motive is still unknown.