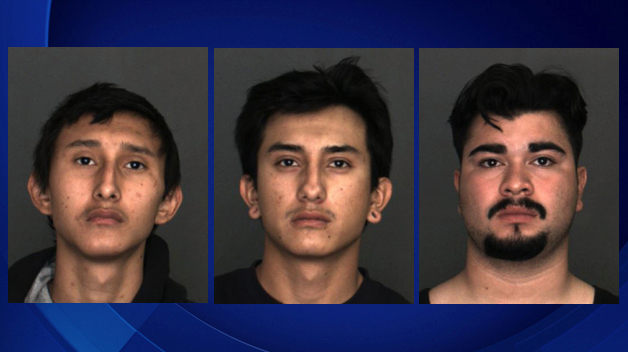 FONTANA, Calif.-- Three teens have been charged with murder in what police are calling a targeted killing of a man at a California party, early in the morning on Nov. 22, reports CBS Los Angeles.

Police say Joshua Marin and Joe Gonzalez, both 18, and Johnny Marin, 19, were among five people who entered the Fontana, Calif., party around 2:45 a.m. and shot the victim multiple times. A bullet also struck a second victim in the forearm, police said.

Joshua and Johnny Marin are brothers, police say. The shooting is alleged to be related to a gang feud.

Police have not released the victims' names.