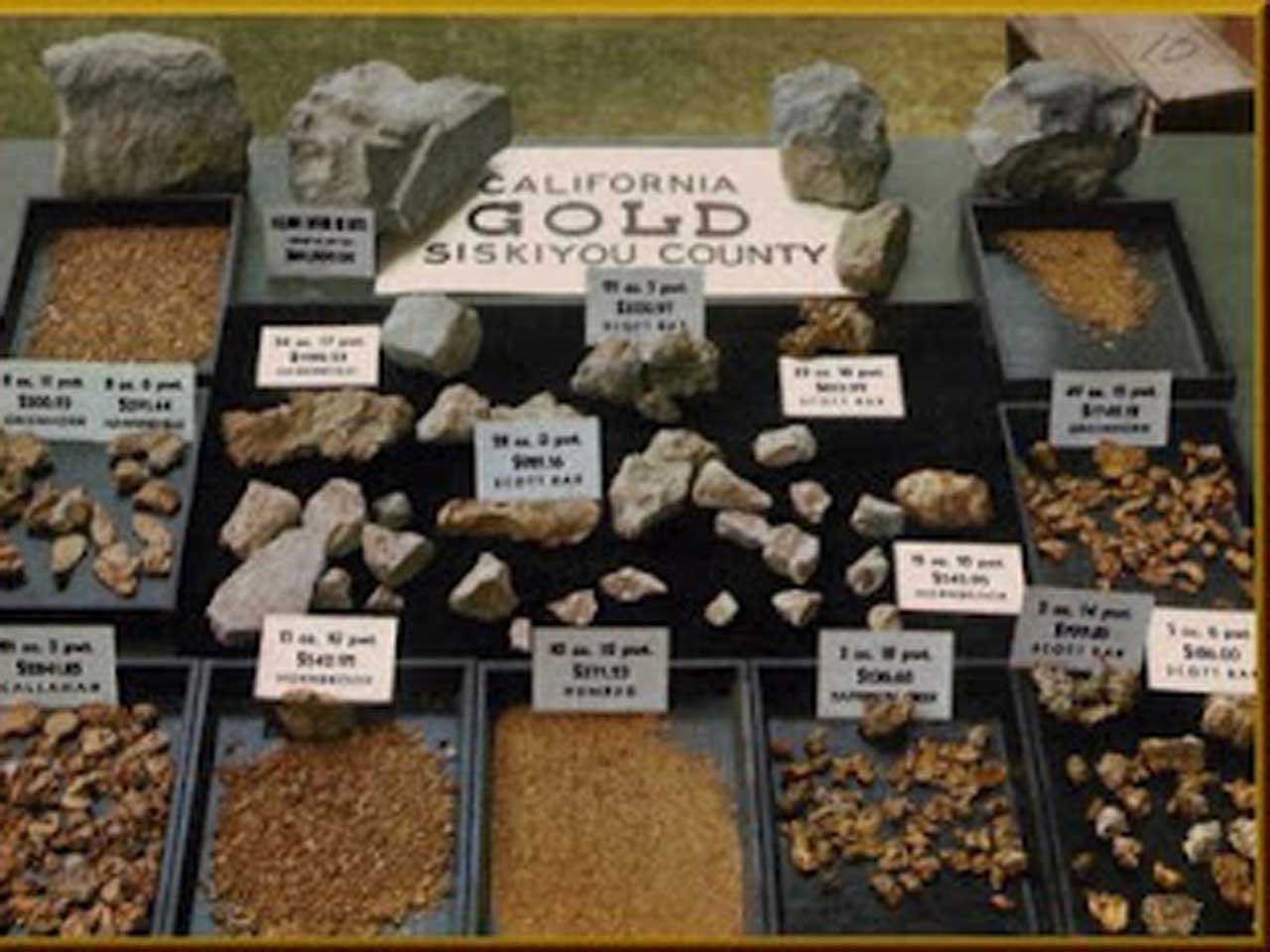 (CBS/AP) YREKA, Calif. - Thieves in Yreka, Calif. have stolen $3 million worth of gold nuggets on display in a courthouse lobby, police said.

logspot.com/2009/05/gold-in-yreka.htmlThe Los Angeles Times reports the alarm on the display failed to activate during the robbery, which allegedly occurred around 1 a.m. Officials say the thieves probably entered through a back window and rifled through a few offices before smashing the thick display case.

Authorities said the crooks ignored mining pans and historical photos, along with some smaller pieces of gold. Gone were the bigger chunks, including an unusual piece shaped like a woman's shoe.

The collection was about the only remnant of the Northern California county's Gold Rush days.

The county borers Oregon and is the site of an 1851 Gold Rush known as the second Mother Lode. The gold that was stolen was donated over the years by miners.

"There really is a sense of betrayal," Sheriff's spokeswoman Allison Giannini said. "When somebody steals your car, you feel violated personally. But this violated everybody in the county. These are rather sacred items to us."