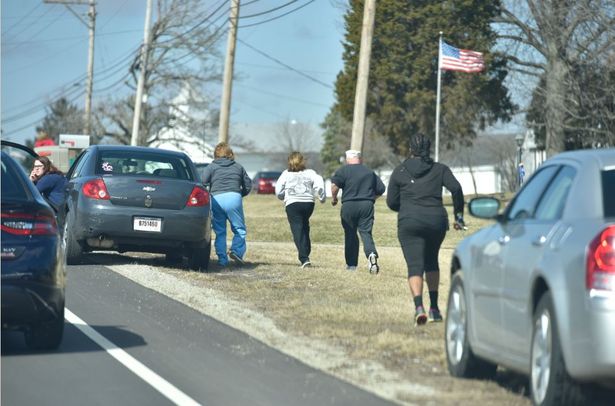 MADISON TOWNSHIP, Ohio -- A shooting Monday inside a southwestern Ohio school lunchroom injured four students, two of whom were shot and two who were hit with shrapnel, reports CBS affiliate WHIO.

A 14-year-old suspect is in custody and the victims' injuries are not believed to be life-threatening, the station reports.

The two Madison Local Schools students who weren't shot may have been hit by shrapnel or hurt while trying to get out of the way, said Chief Anthony Dwyer of the Butler County sheriff's office.

All other students were safe, according to the school website. The school, which had practiced for such an event, immediately went into lockdown, said district spokeswoman A.J. Huff.

The district was dismissing students from the junior high and senior high schools as quickly as possible following the shooting. Authorities were releasing students in groups of two or three.

The campus is near Middletown, roughly 30 miles north of Cincinnati. State records show enrollment of about 250 junior high and 500 high school students.

The Butler County sheriff asked people to stay away from the school until the scene was cleared, and nearby roads were blocked.

Two medical helicopters were called to the scene.