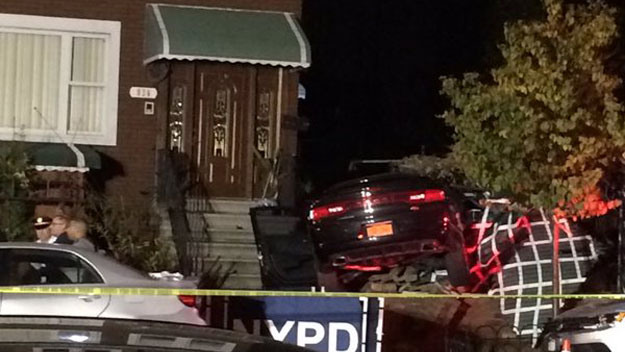 NEW YORK -- Police said a car plowed into a group of trick-or-treaters in New York City, killing three people, including a 10-year-old girl. Four others, including a three-year-old, were injured.

A spokesman for the New York Police Department said the group had been trick-or-treating just before 5 p.m. Saturday in the Morris Park neighborhood of the Bronx when a car went onto the sidewalk and struck them.

"We heard boom, boom, boom -- the cars hitting each other, and the car the flying, and then we were hearing screams," witness Fabio Cotza told CBS New York.

A 21-year-old man and the 10-year-old girl were taken to a hospital, where they were pronounced dead, according to police.

Police said an investigation into what caused the crash is ongoing.