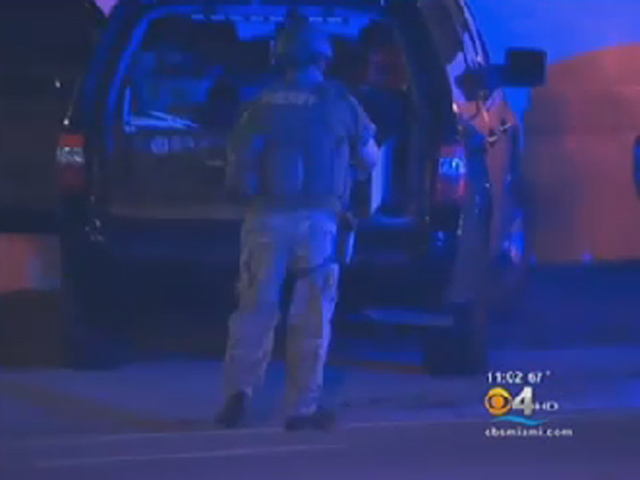 The standoff began at Highland Woods RV Park Thursday evening and ended early Friday. Two men and one 9-year-old boy are dead while  a woman and a 7-year-old boy were badly hurt.

The Palm Beach Post reports that according to the Broward Sheriff's Office, the ordeal began around 6:30 p.m. when police received an emergency call about a shooting at the park.

Deputies arrived on the scene and saw man on the ground outside a recreational vehicle. Inside the RV, a man told police he was holding a woman hostage and would kill her if they approached. SWAT Teams and other emergency responders began to swarm the area.

Authorities were unable to persuade the man making threats to release the hostage and surrender. Eventually, SWAT paramedics were able to get to the body outside the RV but he was already dead. According to investigators, the man found outside the RV and the man holding hostages did not know each other.

Around 7:30 p.m., a woman emerged from the RV. She reportedly told detectives that the suspect's wife and two sons were inside with him.

For the next several hours, SWAT Team members tried to make contact with the suspect but were unsuccessful.

Finally, around 1:30 a.m. Friday, the BSO SWAT Team entered the RV. Inside, they found the suspect and a 9-year-old boy dead. The badly hurt woman and 7-year-old boy were taken to area hospitals and are now in critical condition. The nature of their injures remains unknown.

Police have not released the identities of any of the victims or the suspect. Law enforcement officials are still searching for a motive as to what spurred the incident.