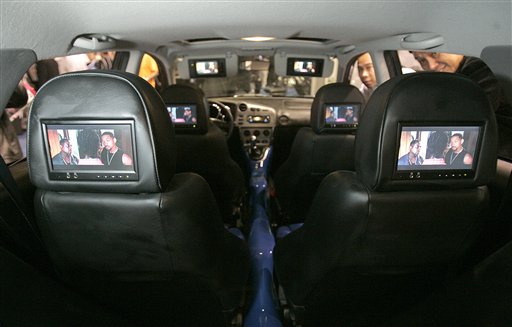 "After the UMass game we had to re-establish what we were doing in December," said King. "We feel we can come back and do better in February and March."

"All the good teams I've had at Pepperdine and UCLA played how we did in the second half tonight," added Rhode Island coach Jim Harrick. "In the second half, we defended and rebounded as well as have all year."

Rashid Bey scored 22 points and Harold Rasul added 20 for St. Joseph's (7-11, 1-8), which has dropped five of seven. The Hawks, who have struggled offensively, have yet to score 80 points in a game this season, reaching 78 three times.

The Rams broke on top 11-3 just over three minutes into the contest as Luther Clay had four points and King buried a three-pointer. The lead was 17-9 before St. Joseph's went on a 9-2 burst to draw within a point.

The Hawks used a jumper by Robert Haskins and a layup by Bey to open a 26-22 lead with 2:52 left in the half. But Rhode island closed with an 11-3 run to open a four-point advantage.

St. Joseph's was 11-of-28 from the field in the first half and sank just one of five three-pointers. Duval Simmonds had a rough half for the Hawks, missing all five of his shots.

King was 2-of-3 from three-point range in the opening 20 minutes for Rhode Island, which has split its last six games. The Rams pushed the lead to 37-30 just under two minutes into the second half, but consecutive three-pointers by Bey got the Hawks within a point.

Rhode Island steadily built the lead to 48-43 on a dunk by Reynolds-Dean. Haskins converted a layup with 14:08 to go, but King answered with a three-pointer.

After another dunk by Reynolds-Dean pushed the lead to 53-45 before Bey ran off four straight points. But Reynolds-Dean sank a layup to ignite a 13-0 spurt. Reynolds-Dean had four points and Cuttino Mobley three in the run.

The Hawks never cut the lead to single digits the rest of the way. Rhode Island point guard Tyson Wheeler made 6-of-8 shots from the field en route to 14 points and added eight assists but had seven turnovers.