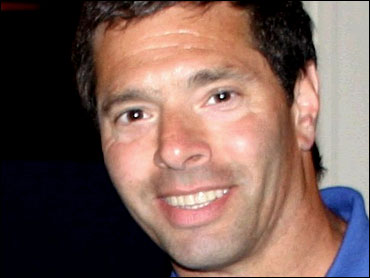 CBS News has learned that a second person was arrested Wednesday in connection with the Madoff scandal. Madoff's chief accountant David Friehling has been charged with filing false audits with and aiding and abetting security fraud. Friehling surrendered to authorities and is scheduled to appear before a U.S. magistrate in federal court in Manhattan later today.

Friehling was an independent accountant, and did not work at Madoff's firm. In a government complaint he is named as the auditor that certified Madoff's annual statements with the Securities and Exchange Commission and for investors.

"Although Mr. Friehling is not charged with knowledge of the Madoff Ponzi scheme, he is charged with deceiving investors by falsely certifying that he audited the financial statements of Mr. Madoff's business. Mr. Friehling's deception helped foster the illusion that Mr. Madoff legitimately invested his clients' money," Dassin said in a statement.

Court papers on Friehling's charges say that from 1991 through 2008, his firm was the accounting firm retained by Madoff to audit his company's financial statements.

The prosecutors allege Friehling falsely certified that he had prepared such statements, which were sent to the SEC and Madoff's clients.

Last Thursday, Madoff pleaded guilty to 11 felony counts, including securities fraud, in what may be the biggest fraud in Wall Street history. His $10 million bail was immediately revoked and he was taken into custody.

Madoff's lawyers have appealed his jailing, saying he should be released until his June sentencing because he never fled, even knowing he could expect to die in prison.

Prosecutors are also eyeing the assets of his wife, Ruth Madoff. In court papers they sought to take control of most of the couple's assets, including three properties listed solely in Ruth Madoff's name: a $7 million Manhattan penthouse bought in 1984, an $11 million Palm Beach, Fla., home purchased in 1994 and a $1 million home in Cap d' Antibe, France. Another $3 million home bought in 1979 in Montauk is jointly owned by the couple.

The government also said Madoff and his wife should forfeit: