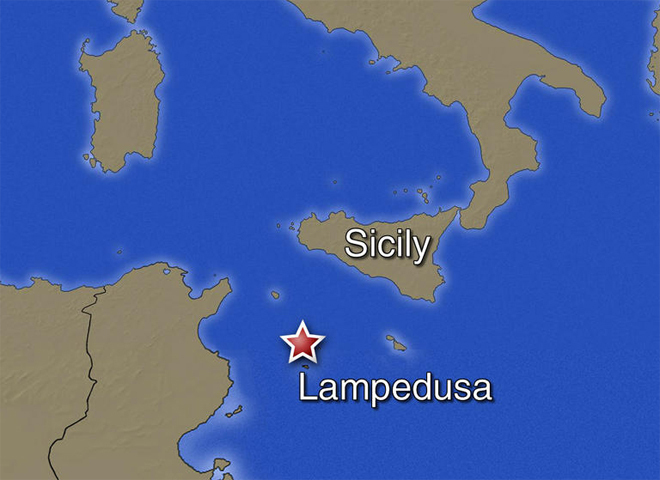 ROME - Twenty-five African migrants trying to reach Italy from Libya died in the hold of a rickety boat so packed with people that the migrants could not get out as they struggled to breathe, officials said Monday after the bodies were found below decks.

Hundreds of migrants fleeing unrest and conflict in Libya and across North Africa are believed to have died since the beginning of the year in desperate journeys across the Mediterranean.

Some of them were stowed away in the hold, which also served as an engine room, according to the ANSA news agency. As the air became unbreathable from exhaust fumes, migrants tried to exit but the boat was too packed for those standing above to move aside.

"From what they told us upon arrival, there was no air to breathe, apparently they were so crammed there was nowhere to go," Laura Boldrini, spokeswoman in Italy for the U.N. High Commissioner for Refugees, told The Associated Press.

At least some of the migrants may have died from asphyxiation, Boldrini said.

She added that the desperate conditions apparently also led to tension and possible scuffles on board as people struggled to survive. However, she stressed that an investigation currently under way in the nearby city of Agrigento was necessary to ascertain what happened.

The officials found the corpses — all young men — after boarding the boat just a few miles off Lampedusa, the small island closer to North Africa than the Italian mainland. One photo posted on Italian newspapers showed the lifeless body of a man being pulled out of the boat by mask-wearing rescuers.

The bodies were put in green bags and lined up on Lampedusa's deck, before being moved to an immigrant shelter on the island. An autopsy will be performed, according to Agrigento Prosecutor Renato Di Natale, who will conduct the investigation.

Survivors were taken ashore and also moved to the immigrant shelter.

"The survivors are shocked," Boldrini added.

Unscrupulous smugglers pack too many people on unsafe boats, she said. And "this leads to a situation on board where your death is my life, where you risk it all. It's ferocious."

Morana said all the victims Monday were believed to be of sub-Saharan origin. According to the survivors, the boat had set sail from Libya two days ago, he said. Boldrini said some 50 Somalis were believed to be on the boat, fleeing famine in the Horn of African region.

Some 20,000 people have arrived in Italy by boat in recent months following unrest in Libya and Tunisia.

Dozens of those boats are filled with sub-Saharan Africans who were working in Libya, then lost their jobs and feared for their lives as conflict erupted between Moammar Gadhafi and the rebels trying to oust him. In April, a boat believed to be carrying 300 migrants from Libya capsized, leaving 250 people presumed dead.

Separately, scuffles broke out in the southern city of Bari between immigrants held at a local center and police, leaving scores injured. Footage on the RAI state broadcaster showed the immigrants occupying railway stations and hurling objects at police vans.

ANSA said the immigrants had been at the center for several months and were protesting lack of progress in processing their requests for asylum.