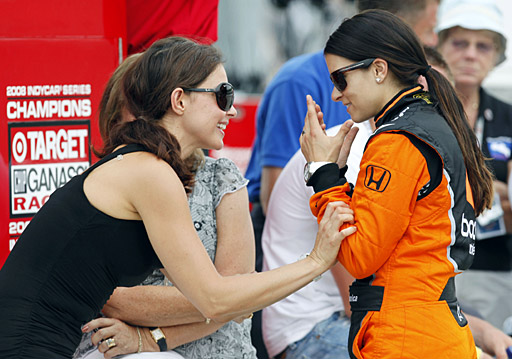 The dragnet in the Sharm el-Sheik terror attacks widened Thursday as police detained at least 25 people in the desert mountains around the Red Sea resort and searched for a green pickup truck that may have been the getaway vehicle for some attackers.

Meanwhile, days after Egypt's deadliest terror attack, President Hosni Mubarak made the long expected announcement Thursday that he will run for re-election, promising new anti-terror laws and calling for a summit of Arab leaders in battered Sharm el-Sheik.

Mubarak, a key U.S. ally, will face an election opponent in the September vote for the first time in a quarter century in office. He made a splashy start to his campaign with a nationally televised address surrounded by supporters cheering and reciting poetry in his honor.

The 77-year-old leader presented himself as Egypt's protector from instability and a proponent of reform, pledging further democratic change — a promise his opponents quickly derided.

The call for an Arab summit next week in Sharm el-Sheik — the Red Sea resort rocked by terror attacks that killed dozens — aimed to signal a strong hand in the face of bombings many Egyptians fear mean a new wave of militant violence and damage to an ailing economy.

Over the past two days, police, with the help of Bedouin guides, have been scouring the rough terrain outside the beach resort on the southern tip of the Sinai peninsula, where authorities fear a new generation of Islamic militants may be operating.

The 25 men were arrested Thursday and late Wednesday on suspicion of being involved in the terror attacks, the deadliest ever in Egypt, said two security officials, who declined to be identified because the release of the information had not been authorized.

Among the suspects was an Egyptian bureaucrat originally from the Nile Delta region of Menoufia who worked in a government office in Sharm and went into hiding immediately after the string of explosions that rocked the resort before dawn on Saturday, the officials said. He was arrested in the resort Wednesday, they said.

No details were available on what role police believe the arrested men may have played in the attacks.

Police are also searching for a green pickup truck in northern Sinai that may have been the getaway vehicle for some of the attackers, who detonated two car bombs and a third explosion, leveling the lobby of a luxury hotel and ripping through a beach promenade and a neighborhood full of Egyptian workers.

Police have also named at least 15 people — including Bedouin tribesmen and other Egyptians — they suspect of playing a role in the Sharm el-Sheik attacks and last October's attacks on two other Sinai resorts that killed 34 people.

Investigators have been looking for possible links between the Sharm bombings and the October attacks in Taba and Ras Shitan, further north along the Sinai's west coast. They identified an Egyptian man with Islamic militant links who went into hiding after the Taba bombings as a suspected suicide bomber in the Sharm attack.

Authorities are worried new Islamic militants have cropped up in the Sinai Peninsula, distant from the Nile Valley where the government put down an extremist insurgency.

Investigators have said they're looking into international links, including funding, for cells in the Sinai, particularly in light of other terror attacks using similar techniques around the world, such as this months' explosions against public transportation in London.

At least 300 people have been taken in for questioning in the Sharm attacks but are not believed to have played any role.

Authorities were still trying to determine the final death toll from the blasts. The Egyptian Health Ministry has said 64 people have been confirmed dead.

But besides those victims, there are 11 bags of body parts and authorities are still working to determine how many additional dead they include. Hospital officials in Sharm have said they believe 88 people were killed.

Saeed Abdel Fattah, manager of the Sharm el-Sheik International Hospital where the victims were taken, said among the 64 confirmed dead by the Egyptian Health Ministry are 38 Egyptians, five Italians, four Turks, one American and one Czech. At least 15 people are unidentified.

The British government confirmed Thursday that two Britons were killed and eight are missing.

The wife of one of the confirmed Turkish victims died Thursday in an Ankara hospital were she was flown for treatment of wounds in the attack, the hospital said. Her death brought the number of Turkish victims to five.