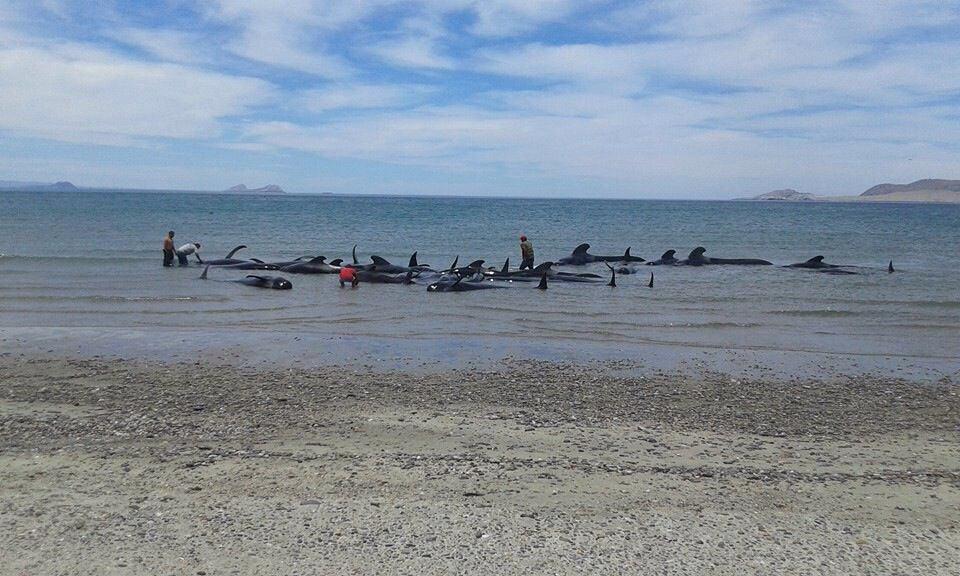 The statement said naval personnel worked along with soldiers, environmental ministry agents and local fishermen trying to save the whales on the western shore of the Gulf of California.

Only three of the 27 whales that came ashore were saved, the statement said. Some whales returned to the beach after being led into deeper water.

The statement speculated the mammals were disoriented, saying no signs of injuries were noted.