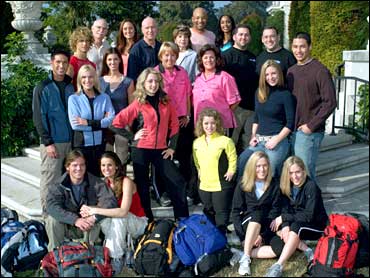 Once again, 22 people will embark on the adventure of a lifetime. "The Amazing Race" host, Phil Keoghan reports they'll make up the 11 teams on this summer's edition of the reality show game. Each team is made up of two people with an existing relationship.

Tune in on July 6, when all 11 teams line up at the starting line in Santa Monica, Calif., to begin the ultimate marathon around the world.