In 2018, CBS News polled thousands of people across the country on topics ranging from President Trump to the midterm elections, Facebook and the #MeToo movement.

Here are some of the highlights.

January: A year into Trump's presidency

A year after Donald Trump was sworn into office, his overall rating remained historically low and highly partisan. The president began 2018 with a 37 percent approval rating – it would be his lowest of the year. Similar to 2017, his rating didn't fluctuate much. His high for 2018 was 42 percent, occurring shortly after his meeting with North Korean leader Kim Jong Un.

The sharply partisan views of Mr. Trump continued in 2018. The president's average approval rating among Republicans was 85 percent this year; among Democrats it was 7 percent. More than seven in 10 of Mr. Trump's supporters said "being a different kind of president" is a big reason they back him.

Americans began the year feeling upbeat about the nation's economy and that optimism continued throughout the year.

On Valentine's Day, 17 people were killed in a shooting at Marjory Stoneman Douglas High School in Parkland, Florida.   In its aftermath, 65 percent of Americans said laws covering the sale of guns should be more strict – the highest number recorded in the CBS News poll for stricter gun sale laws.  The public divided, however, on the idea of allowing more teachers and school officials to carry guns, with Republicans in favor and Democrats opposed.

The Parkland shooting sparked conversations about gun violence. Sixty-five percent of parents said they had talked with their kids about gun violence in schools since the shooting. It also spurred activism among the school's students and young people across the country. By almost two-to-one, more Americans supported (47 percent) than opposed (27 percent) young people taking part in marches and speaking out on guns and safety.

In the rock-n-roll arena, more Americans continued to pick the Beatles (46 percent) over the Rolling Stones (33 percent) as the better rock band.

As Facebook CEO Mark Zuckerberg testified before Congress, most Americans expressed little or no confidence in Facebook's ability to protect user data from being used improperly or to prevent the spread of disinformation.  Six in ten Americans said the government should increase regulations on technology and social media companies to try to prevent user data from being misused.

As the country marked Earth Day, Americans expressed pessimism about the future condition of the environment.  Few (14 percent) expected the environment to be better for the next generation, and most (56 percent) think it will get worse.

May: The Russia investigation marks one year; opioids viewed as very serious problem

A year into the special counsel's investigation into Russian interference in the 2016 elections, views of it remain politically polarized. Most Republicans and just over half of independents have called it politically motivated, while most Democrats said it is justified. These views held fairly steady through the rest of 2018.

The opioid crisis in the U.S. was on the minds of Americans this year. 71 percent said opioid addiction is a very serious problem for the country, and most said the federal government should be doing more to address it. Majorities across political lines and age and income levels called the issue very serious.

June saw a historic meeting between Donald Trump and Kim Jong Un, the first time a North Korean leader met with a sitting president of the United States.  After the meeting, fewer Americans expressed unease about possible conflict with North Korea than they did before it, and while more felt the two countries moved closer to peace than to war, a majority (56 percent) did not think the summit would lead to North Korea ending its nuclear program. Most Republicans, however, believed that would happen.

The President's overall approval rating ticked up to 42 percent after his meeting with the North Korean leader – his highest of the year. More than half - 52 percent - approved of this handling of North Korea specifically.

At the U.S. southern border, parents and children trying to enter the U.S. illegally were being separated from one another. A sizeable 72 percent of Americans disapproved of family separation. Although Republicans split: half supported it, half opposed it.

President Trump and Russian President Vladimir Putin held a much anticipated summit in Helsinki, Finland.  Mr. Trump was criticized by many for not confronting Putin about Russian interference in the 2016 election. Only a third of Americans (32 percent) approved of the way Donald Trump handled the summit. Although members of his own party felt positive about it. 68 percent of Republicans approved.

The percentage who saw President Trump as too friendly toward Russia jumped 11 points after the meeting. And 39 percent of Americans reported feeling less confident about President Trump standing up for U.S. interests.

August: Young women most negative about Trump and most optimistic about impact of #MeToo

CBS News and Refinery29 teamed up for a survey of American women with a focus on millennials Women ages 18-35 held the most negative views of Donald Trump's presidency of any age group of women, and most (53 percent) believed his policies have had an adverse effect on women.

One year after a deadly rally in Charlottesville, Virginia, most Americans (61 percent) felt racial tensions in the U.S. had grown over the past year. Majorities of whites (56 percent) and blacks (78 percent) held this view, but blacks were especially likely to.

As more allegations of child sexual abuse by Catholic priests surfaced, most U.S. Catholics said the Pope and the Vatican were doing a poor job handling these reports, and about a quarter of Catholics said the reports made them question whether they should remain in the Church. Favorable views of Pope Francis dropped sharply in the wake of the scandal from 63 percent in 2016 to 48 percent in 2018.

Six weeks ahead of the midterm elections, voters in both parties in key battleground district were enthusiastic about voting. And it was becoming a nationalized election: more than eight in 10 Democratic and Republican voters said their vote was about helping their party win (or keep) control Congress.

October: Divide on Kavanaugh nomination, Democrats position in contest for House gets stronger

Brett Kavanaugh's nomination to the Supreme Court and the hearings surrounding it captured the public's attention. Americans divided (largely along party lines) on whether or not Kavanaugh should be confirmed. Amid allegations of sexual assault made against Kavanaugh, those who wanted him confirmed said he had the right personal qualities and character for the job, while those opposed to his confirmation did not think he possessed those traits.

Heading into the midterm elections, Americans were feeling the most positive about the state of the nation's economy since 1998. Although a majority said the country was off on the wrong track pointing to the state of politics, not the economy, as the main reason why.

According to the CBS News Battleground Tracker, the Democrats' position in the contest for the House of Representatives was growing stronger. Democrats were helped by a widening gender gap in the race for the House in key districts: Men were backing Republican candidates by 7 percentage points, while women were supporting Democrats by 12 points.

President Trump was on the minds of voters who went to the polls in the 2018 midterms. Sixty-four percent of voters said Mr. Trump was a factor in their vote – a record high in a midterm– with more expressing opposition than support for him. Strong backing from women, non-whites, first time midterm voters, and the issue of health care helped propel Democrats to a victory, winning control of the House of Representatives.

Seventy-eight percent of midterm voters said it was important that more women be elected to public office, and a record number of women were elected to the 116th Congress

Looking ahead, three in four Americans (including most Democrats) prefer the Democratic party work with President Trump where both sides agree, but few (29 percent) think they will actually be able to do that.

President Trump has continued to press Congress for funding for a border wall. Most Americans (59 percent) have opposed a wall, although a majority of Republicans (79 percent) have favored one.

As 2018 comes to a close, many are thinking about 2019. Forty percent of Americans plan to make resolutions for 2019 with younger people more likely to do so than older people.

The new year will bring a new Congress and new issues, along with the start of the 2020 presidential election campaign. What will develop in the Russia investigation? Will economic optimism remain?  CBS News will continue to poll the American public to gauge their opinions on key issues and political figures that matter. Stay tuned. 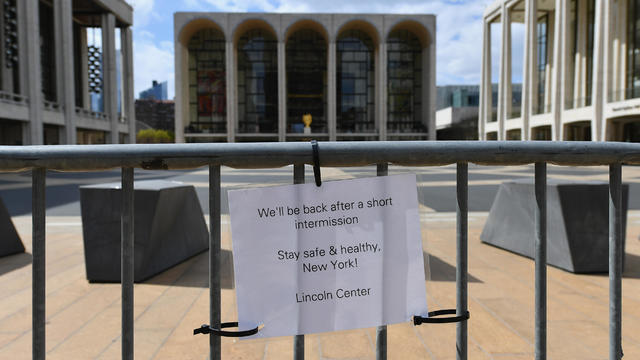