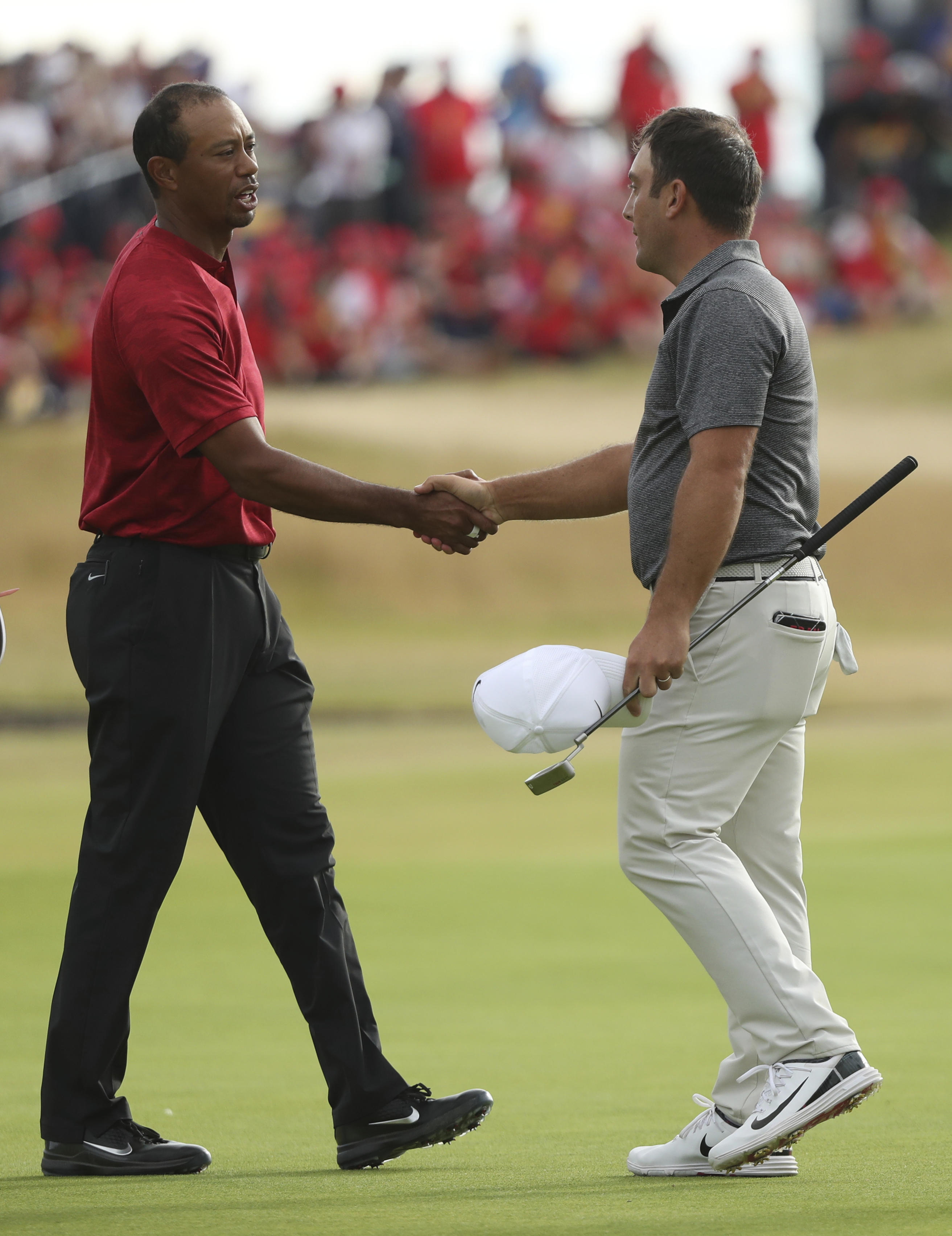 CARNOUSTIE, Scotland -- Francesco Molinari has won the British Open for his first major title after emerging from a crowded pack including Tiger Woods in a wild final round at Carnoustie.

It caps a stunning stretch for the 15th-ranked Molinari, who has won on the PGA and European Tours in the previous two months.

Molinari shot a bogey-free, 2-under 69 to finish on 8-under 276. He became the first Italian to capture a major championship. He holed a 5-foot birdie putt at No. 18 to take the outright lead. Four players -- Xander Schauffele, Justin Rose, Rory McIlroy and Kevin Kisner --tied for second place at 6 under.

Woods briefly held the outright lead in a stunning turnaround for the 14-time major champion, the first time he had led a major tournament in seven years. Woods birdied two of his first six holes to get to 7-under-par and capitalized on collapses by Jordan Spieth and Schauffele, the previous co-leaders.

But a double bogey on 11 dashed Woods' hopes of capturing his first major victory since 2008. He sent his second shot into the gallery, with the ball rebounding out into the rough. He duffed his chip, then three-putted from off the green.

He fell to 5 under, a stroke behind four players heading into the tough back nine. He finished tied for third.