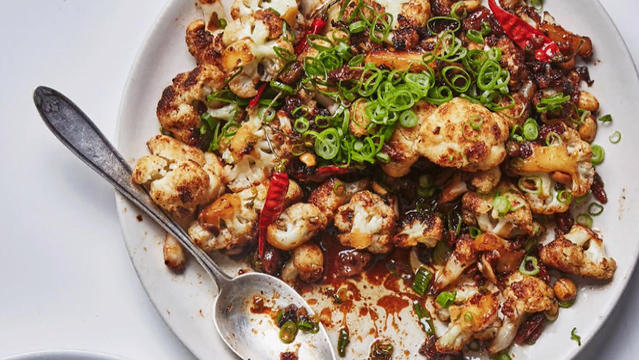 With less than two weeks to go until 2017, Andrew Knowlton, deputy editor at Bon Appétit magazine, joined “CBS This Morning” for a look back at the year in food and what’s ahead in the new year.

Knowlton said the food trends of 2016 were driven by both taste and nutrition.

Cauliflower and seaweed may not be the “sexiest ingredients,” but they both saw a boost in popularity this year.

“Like the brassicas family – you had kale, you had Brussels sprouts—all the stuff that none of us wanted to eat as kids is coming back,” Knowlton said.

One of the arguably strangest trends this year was the use of “activated charcoal” in food and beverages. The color may “mess with your head a little,” but devotees tout its detoxifying properties.

“It’s literally black and and it’s the charcoal – same thing you’re putting on the grill,” Knowlton said. “It’s kind of alive and it makes things healthier.”

Another trend is adaptogens – derived from mushrooms, herbs or plants – which are promoted for ridding the body of stress. The product is mixed into tea, smoothies juice and more.

Another rising ingredient is nutritional yeast. The inactive yeast strain is pasteurized and used as a dairy-free food seasoning because of its cheesy flavor.

Looking ahead to the new year, Knowlton said we can expect a revival of old-fashioned American-style pizza.

“This is kind of the 1980’s, Ms. Pac Man video game, playing it with the faux Tiffany lamps and the checkered tablecloth,” Knowlton joked about the era. “Drier, bigger, cheesier, none of the buffalo mozzarella stuff – just good old American.”

Detroit-style pizza, with a crispier edge and tomato sauce on top, is also making a comeback.

Another cuisine to try in the New Year is Taiwanese food.

“Just with any cuisine, as you dive deeper into it, Italian food used to just be Italian, then you had your regional foods. And the same thing’s happening with a lot of the Southeast Asian, Asian cuisines. And Taiwan is something that I think there’s a lot of interesting food,” Knowlton said.

Twin of murdered cop speaks out on "48 Hours"

Testimony continues in day two of the Boston Marathon bombing trial
Thanks for reading CBS NEWS.
Create your free account or log in
for more features.
View CBS News In
CBS News App Open
Chrome Safari Continue
Be the first to know
Get browser notifications for breaking news, live events, and exclusive reporting.