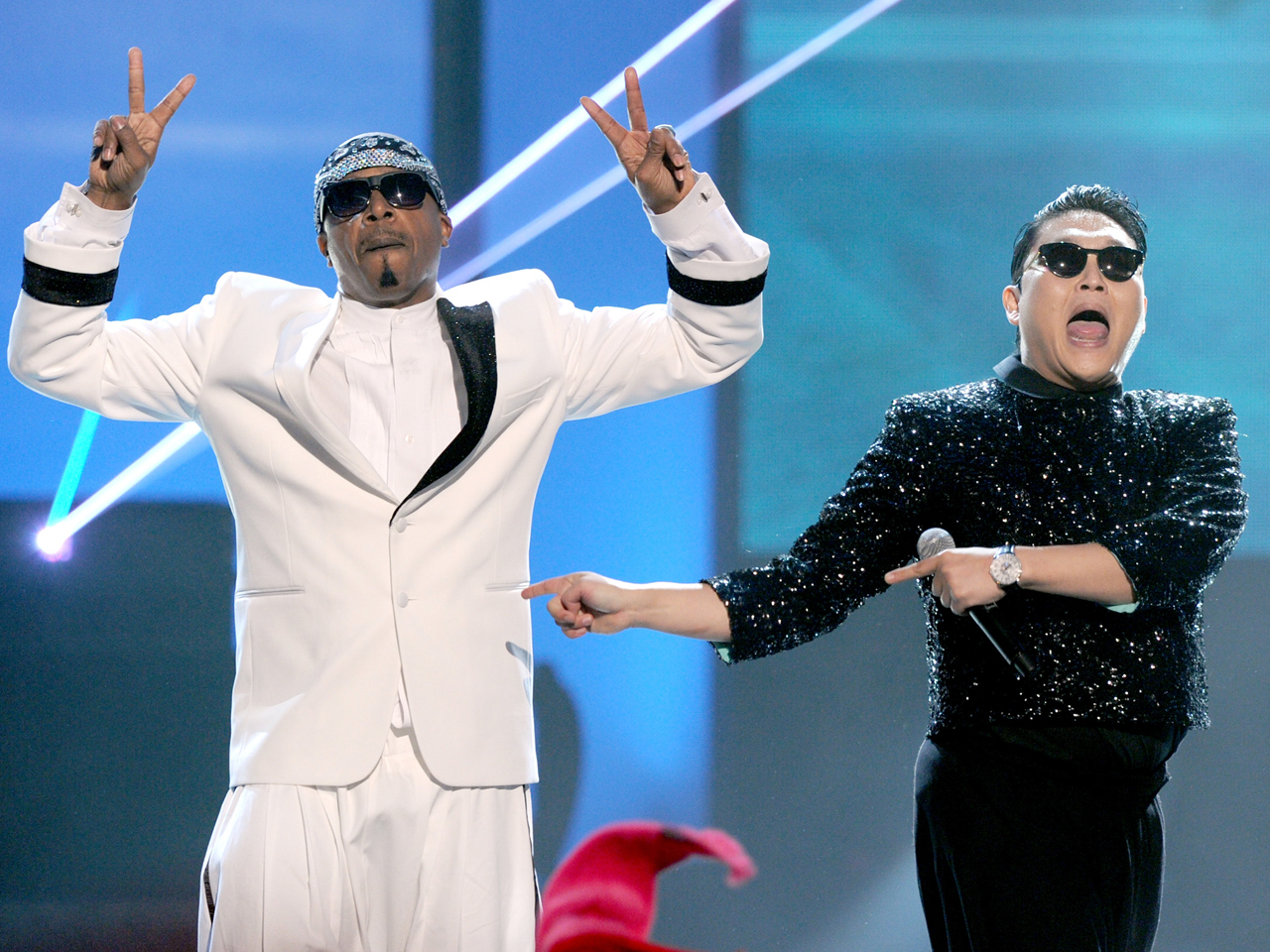 Korean rapper PSY and MC Hammer brought down the curtain with a collaboration that had Hammer joining PSY on his viral hit "Gangnam Style," complete the trademark horse-riding dance, and PSY rocking out with Hammer on "Too Legit to Quit.''

Usher kicked off the three-hour show with green laser lights beaming onstage as he performed a medley of songs, including "Numb," "Climax" and "Can't Stop, Won't Stop," which featured a smoky floor and a number of backup dancers. Usher jammed in all black, with the exception of his red shoes.

In between these acts were several strong performances. Justin Bieber gave a stripped down, acoustic performance of "As Long As You Love Me," then transitioned to the dance-heavy "Beauty and a Beat," where Nicki Minaj joined him onstage, grinding with the teen for a few seconds.

Minaj, who wore three different wigs and four outfits throughout the night, was in an all-white get-up, including fur coat and pink hair when she performed her new song "Freedom." The scene was ghostly and snowy, as a choir also in white joined her onstage.

Country star Taylor Swift gave a masquerade-themed performance of the pop song "I Knew You Were Trouble." She sang onstage in a light dress while dancers wore mostly black. But then she changed into a red corset and black skirt, matching their dark mood. She even danced and sang on the floor as lights flickered throughout the performance.

Kelly Clarkson also hit the stage, making a nod to her "American Idol" roots with a number on her dress and three judges looking on as she sang "Miss Independent."