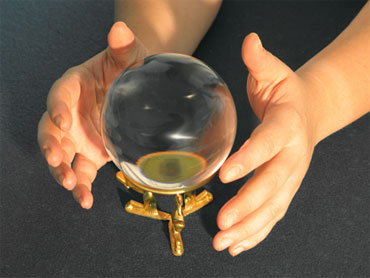 NEW YORK (CBS) Will it be rainy or sunny on Prince William's wedding day? Who will be the next celebrity to cause a scandal ? Which film will win the Oscar?

There's no way most of us can predict the right answer s to these questions. But it doesn't take a psychic to predict that the royal wedding will dominate headlines for weeks next spring.

Nor would it take second sight to know that critics - and audiences - will be watching the Oprah Winftey network closely in coming months in an effort to assess the next stage in the famous talk show host's career.

As for the Oscars, we know Anne Hathaway and James Franco will be walking the red carpet, whether they are nominated or not. That's because they wer e named ceremony co-hosts earlier this year. And judging from the movie awards already being handed out, it's a good bet that Colin Firth and Natalie Portman might be there with them.

Do you have any predictions for 2011?. See ours in the Crystal Ball photo essay and make some of your own in the comments below.