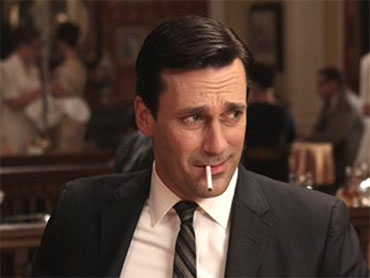 The biggest shows of 2009 couldn't always be contained by the TV screen. There were breakout tabloid scandals with Jon and Kate Gosselin. A wannabe reality TV star crashed the White House. David Letterman's hanky-panky seized headlines. Oprah Winfrey grabbed the nation's attention as she began her long goodbye. This was TV run amok.

But in 2009 other shows proved outstanding on more manageable terms: as excellent TV shows. They include:

• "Breaking Bad" (AMC) Here's the cruelest premise on series TV: a high-school teacher with terminal cancer gets into the crystal-meth trade as a desperate scheme to make sure his family is financially secure after he dies. Against all odds, in its second season, this drama upped the danger level, getting even stranger, more addictive and, yes, even funnier.

• "Curb Your Enthusiasm" (HBO). This season, "Curb" creator-writer-star Larry David outdid himself. A creator of "Seinfeld" in another age, he reunited his "Seinfeld" cast and interlaced his old show with his current one for a brilliant story line that gave "Seinfeld" fans what they had craved for a decade: an acceptable finale for that beloved comedy.

• "The Good Wife" (CBS). It stars Julianna Margulies as a wife and mother forced to resume her long-ago career as an attorney in the wake of betrayal when her politician hubby, played by Chris Noth, is jailed for corruption and philandering. But what makes it more than a formula legal drama, and more than a series struggling for relevance by using current events as a dramatic contrivance, is smart writing and a splendid cast. That's a solid formula.

• "The Late Late Show With Craig Ferguson" (CBS). The best late-night talk show was better than ever this year, and Ferguson's winning ratings reflected it. The Scottish-born late-night host, who insists he's not a late-night host but something else, is clearly gifted at it. He's brilliant, shrewd, silly and charismatic as anyone knows who saw him bonding with a guest not usually seen on late-night TV, South African Archbishop Desmond Tutu.

• "Lost" (ABC). Another wacky, wacked-out season that showed no concern for time and space constraints and left the viewer's head reeling. The mind-boggling action on the island, and beyond, set things up for the final season in 2010, which - here's hoping - will bring everything home.

• "Mad Men" (AMC). Modern living 1960s-style got even darker and more gripping this season as the Kennedy presidency ended in Dallas and, in New York City, ad man Don Draper's world seemed to be collapsing.

• "Modern Family" (ABC). Three households, all unconventional, are blended into this fall's freshest family comedy. Ed O'Neill and Julie Bowen are among the stars perched on this sitcom family tree.

• "The No. 1 Ladies' Detective Agency" (HBO). This charming and uplifting drama told of Precious Ramotswe (Jill Scott), a plucky private eye. Operating from her storefront office on the outskirts of the Botswanan city of Gaborone, she dedicates herself to helping those who need help the most. Her good will proved as infectious as her cases.

• "Sons of Anarchy" (FX). "The Sopranos" on Harleys? It's all that and more, telling the saga of a fierce and fiercely close-knit motorcycle club just trying to make ends meet as they do business in the curiously named town of Charming, Calif.