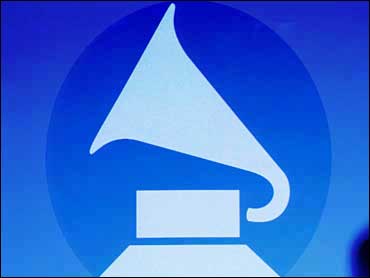 The late Ray Charles was the dominant talent at the 47th annual Grammy Awards. His duets album "Genius Loves Company" won a leading eight awards, including album of the year and best pop album. Other multiple winners at the ceremony in Los Angeles included Alicia Keys and Usher. Here's a complete list of winners:

Record of the Year: "Here We Go Again," Ray Charles and Norah Jones.

Rock Performance by a Duo or Group with Vocal: "Vertigo," U2.

Pop Performance by a Duo or Group With Vocal: "Heaven," Los Lonely Boys.

Spoken Word Album for Children: "The Train They Call The City of New Orleans," Tom Chapin.

Score Soundtrack Album for a Motion Picture, Television or Other Visual Media: "The Lord of the Rings: The Return of the King," Howard Shore, composer.

Song Written for a Motion Picture, Television or Other Visual Media: "Into the West," Annie Lennox, Howard Shore and Fran Walsh, songwriters, track from "The Lord of the Rings: The Return of the King."

Instrumental Arrangement: "Past Present and Future," Slide Hampton, arranger (The Vanguard Jazz Orchestra), from "The Way - Music of Slide Hampton."

Traditional Soul Gospel Album: "There Will Be a Light," Ben Harper and The Blind Boys of Alabama.

Contemporary Soul Gospel Album: "Nothing Without You," Smokie Norful.

Gospel Choir or Chorus Album: "Live ... This is Your House," The Brooklyn Tabernacle Choir.

Country Performance by a Duo or Group With Vocal: "Top of the World," Dixie Chicks.

Female R&B Vocal Performance: "If I Ain't Got You," Alicia Keys.

R&B Performance by a Duo or Group With Vocals: "My Boo," Usher and Alicia Keys.

Rap Performance by a Duo or Group: "Let's Get It Started," The Black Eyed Peas.

How investigators solved the Hargan killings