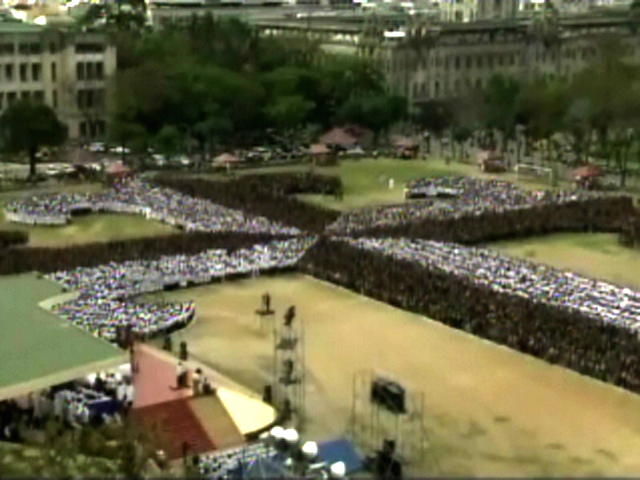 (CBS/AP) More than 20,000 Catholics marked the beginning of Lent, known as Ash Wednesday, by making an attempt at a world record - forming the world's largest human cross.

The cross stretched across a football field in Manila, Philippines, at the country's oldest college - the 400-year-old University of Santo Tomas.

The 40-day Lenten period is a time of fasting, abstinence, reflection and repentance for Christians and is widely recognized by Filipinos.

Around 80 percent of the country's population - 95 million - are Catholic.

An auditing of the event will be submitted to Guinness World Records for adjudication.