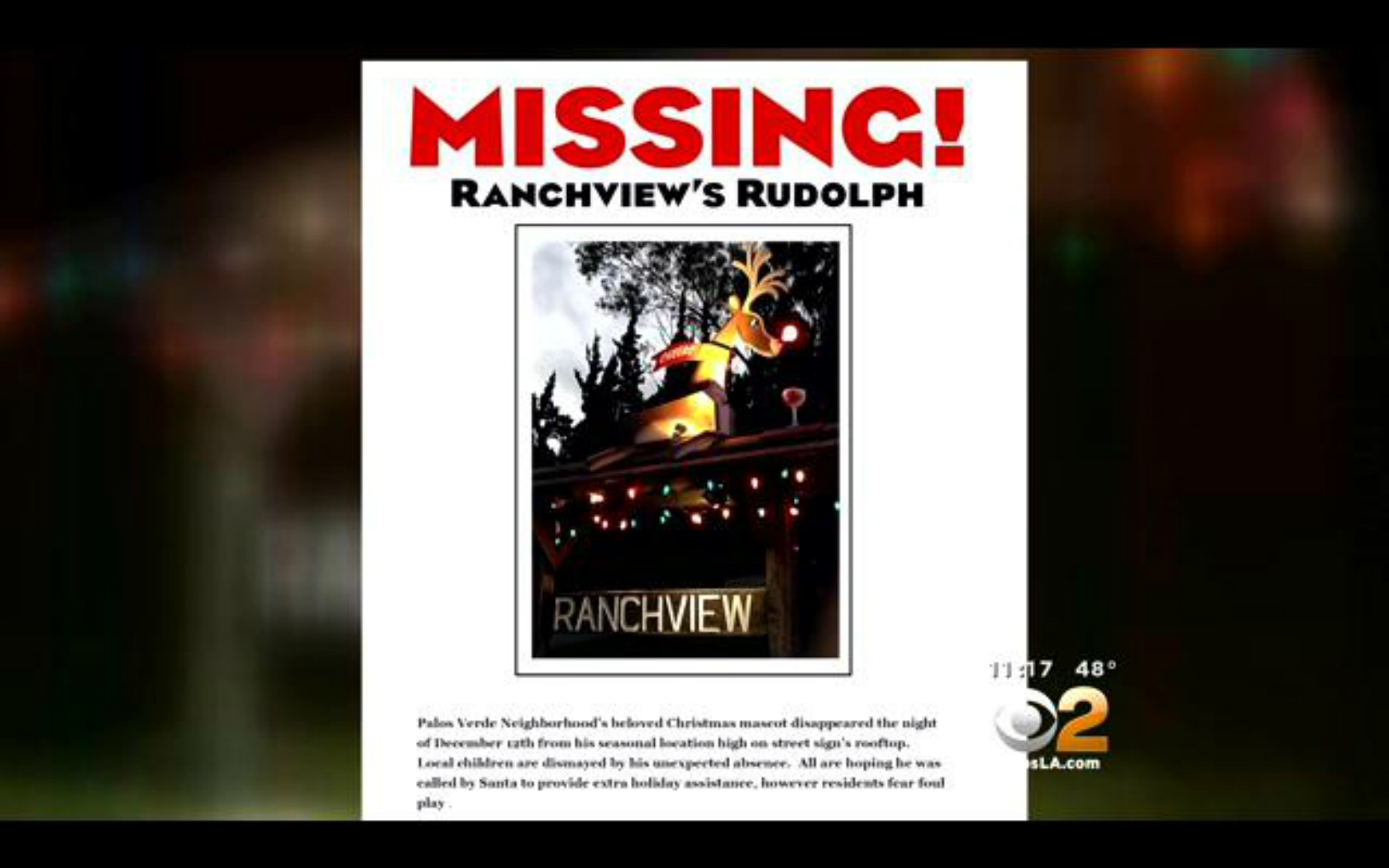 On Friday night, a 200-pound wooden Rudolph statue was stolen from a neighborhood in Los Angeles County, reported CBS Los Angeles. The culprit -- or perhaps culprits -- left behind one of the locally famous reindeer's antlers.

The iconic statue had been a fixture in the Rolling Hills Estates community for 50 years, reported the station.

"He's been up there for literally 50 years and he's one-of-a-kind. He's handmade. Hand-painted. And the thought that someone would take him, it's just heartbreaking," Korry Taylor, the neighborhood's Homeowner's Association president, told the station.

Taylor and husband Tim have been taking care of the statue for years.

"I originally thought, 'Well, maybe it's a prank. That somebody would bring him back.' But it's been a couple of days now and we haven't seen him yet," Tim told the station.

"It is the lowest of low. I mean, especially at Christmas time. I literally cannot imagine someone taking Rudolph," Taylor told the station.