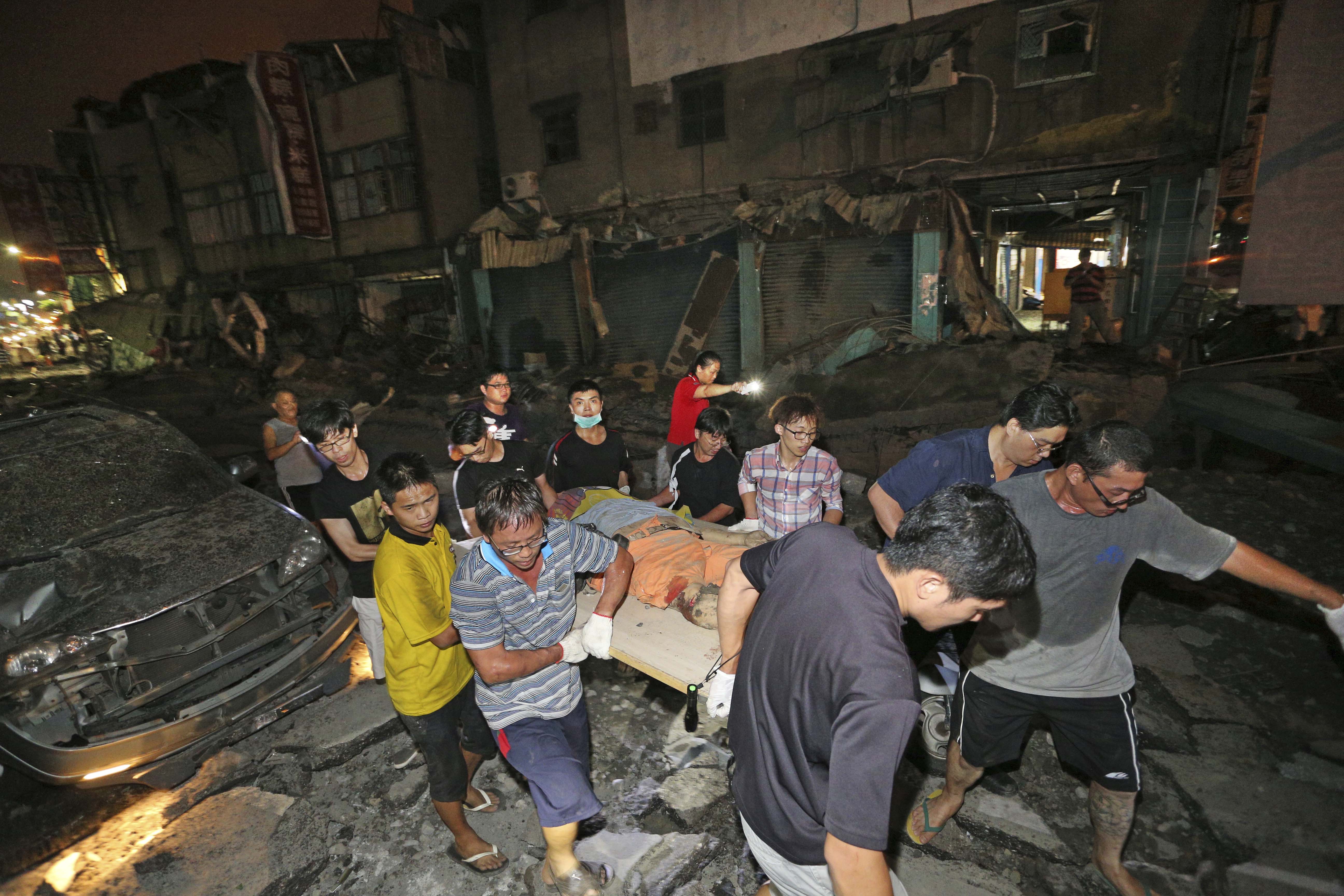 The National Fire Agency said five firefighters were among the dead. Taiwan's Central News Agency reported that firefighters had been at the scene investigating reports of a gas leak when the explosions occurred.

Video from Taiwanese broadcaster ETTV showed a row of large fires burning in the middle of a street in the southwestern city, with smoke rising into the night sky.

Chang Jia-juch, the director of the Central Disaster Emergency Operation Center, said the leaking gas had been identified as propene, meaning that the resulting fires could not be extinguished by water. He said emergency workers would have to wait until the gas is burnt away. The source of the leak was unknown.

Kaohsiung Mayor Chen Chu said several petrochemical companies have pipelines built along the sewage system in Chian-Chen district, which has both factories and residential buildings.

"Our priority is to save people now. We ask citizens living along the pipelines to evacuate," Chen told TVBS television.

Power was cut off in the area, making it difficult for firefighters to search for others who might be buried in rubble.

CNA said the local fire department received reports from residents of gas leakage at around 8:46 p.m. and that explosions started around midnight.

Closed-circuit television showed the explosion rippling through the floor of a motorcycle parking area, hurling concrete and other debris through the air.

Mobile phone video captured the sound of an explosion as flames leapt at least 30 feet (9 meters) into the air.

Video from TVBS showed locals searching for victims in shattered shop fronts. Rescue workers pulled several injured people from the rubble in the center of the road, placing them on stretchers as passers-by helped other victims on the sidewalk.

The explosion left a large trench running down the center of one road, edged with piles of concrete slabs torn apart by the force of the blast.

A damaged motorcycle lay in the crater, and TVBS showed cars flipped over. The force of the initial blast also felled trees lining the street.