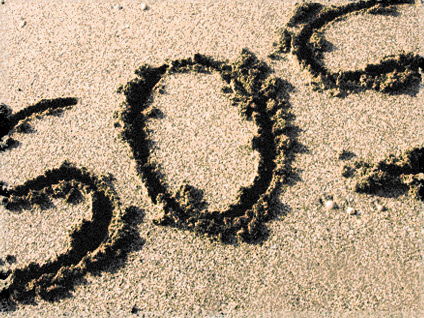 HONOLULU - Two women were rescued from a remote Hawaiian beach after a tour helicopter spotted "S.O.S." written in the sand.

The Navy says an aircrew was training off the west coast of Kauai when they were notified about the S.O.S. Thursday morning. The Naval aviators saw the distress message and flashes from a mirror. A Navy helicopter and a search-and-rescue swimmer were sent to rescue the women from Na Pali Coast State Park.

One of the women was ill and injured. Both were taken Kauai Veterans Memorial Hospital.

The Kauai Visitors Bureau executive director says the remote beach is only accessible by hiking or from the water. She added that it was raining heavily in the area the night before.