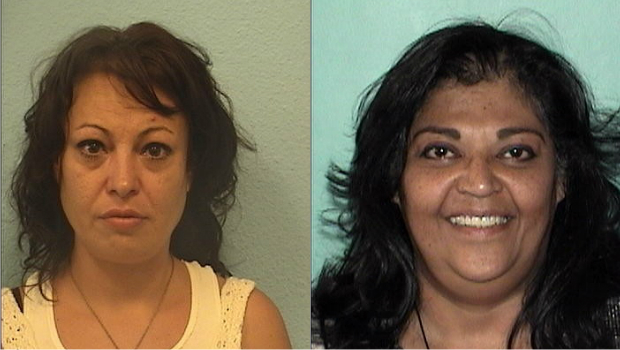 Police on Wednesday announced the arrests of 40-year-old Michelle Abeyta of Albuquerque and 51-year-old Patricia Petrushkin of Humble, Texas.

Abeyta allegedly turned in one of the fugitives after a three-day manhunt launched after Joseph Cruz and Lionel Clah escaped from a prisoner transport van in southeastern New Mexico.

Both were taken back into custody last weekend in Albuquerque.

CBS affiliate KRQE reported Abeyta told police that she met both Clah and Cruz on March 10 when they came to her neighbor's apartment. Cruz and his sister, Olivia Cruz, were in that apartment and police said they were invited to stay the night. However, the owner of the apartments made them leave and deputies say the owner did not know that the fugitives were wanted.

Abeyta then let Clah into her apartment, knowing that he was wanted. She enjoyed his "companionship" in her apartment until Saturday, when she decided to call 911 and turn him in.

Police said Petrushkin had "a close connection" to Cruz and communicated with him both while he was in prison and after he fled, KRQE reported. She allegedly harbored Clah and Cruz in her Albuquerque hotel room and gave them money and clothing.

Petrushkin was arrested at a Texas airport and pending extradition to New Mexico.

Cruz was convicted of first-degree murder and Clah was serving time for armed robbery and other crimes.