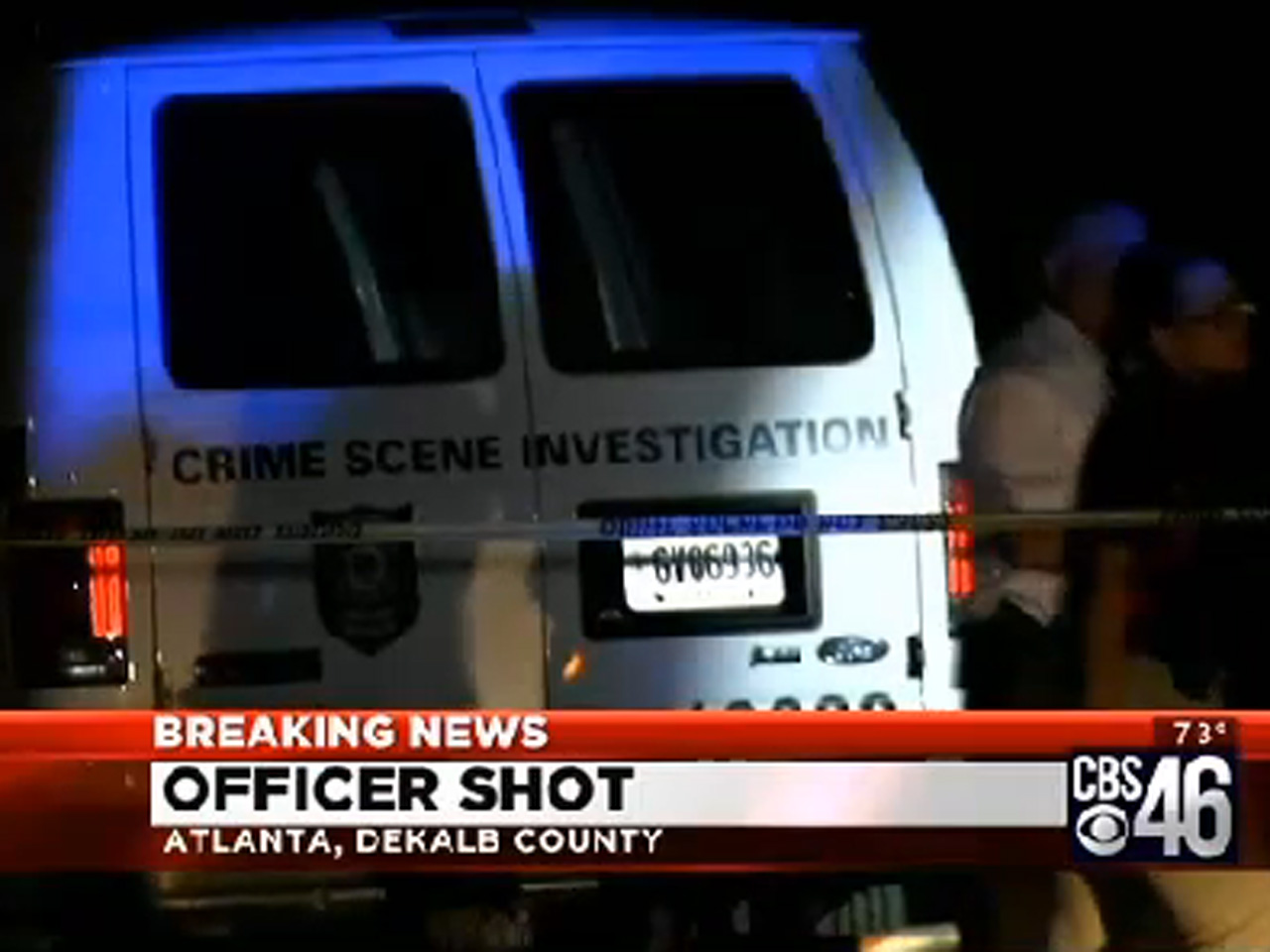 ATLANTA -- A police officer was shot and critically wounded Monday when he responded to a call of a suspicious person and showed up at the wrong house, authorities said.

The homeowner was also shot in the leg and his dog was killed in what DeKalb County police Chief Cedric Alexander is calling a complicated shooting. Officers fired their weapons, the chief said, but it's not clear if the homeowner had a gun.

Alexander said his department would typically handle the investigation since it did not involve a fatality, but because of the unusual situation, he asked the Georgia Bureau of Investigation to look into it.

"We did respond to the wrong residence tonight and then these other circumstances unfolded," he said.

Alexander said the situation began when a neighborhood resident called 911 at 7:34 p.m. to report a suspicious person and described a home to the dispatcher.

Three officers responded to a house that fit the description the caller gave 911. The officers went to the back of the home and found that a screen door and a rear door were unlocked.

"That in and of itself would probably suggest to anyone that it is possible that there could be intruders inside, but it turned out not to be the case," Alexander said. "Somewhere at the rear of that home, some things happened that have yet to be determined."

The officers had just entered the home when the gunfire erupted.

"There was gunfire, I just cannot tell you who fired and who did not," he said.

An officer was shot in the thigh and lost a lot of blood. He was rushed to the hospital and was undergoing surgery. The homeowner was also taken to the hospital. His condition wasn't known.

The homeowner's girlfriend was at the home at the time of the shooting and called 911.

Derek Perez told The Associated Press he was the one who reported the suspicious person. He said he was walking his dog when he saw a man knock on a neighbor's door and then just stand in the yard. He said he then heard a loud noise, a dog barking and didn't see the man anymore. There had been break-ins in the neighborhood recently, so he called 911, he said.

Just as he was about to go into his house, he heard the gunshots, but they didn't come from the house where he had reported the suspicious person.

Police were still investigating whether there was a burglary at the home where the suspicious person was spotted.

All three officers have been placed on administrative leave.

The shooting happened in a neighborhood about 5 miles from downtown Atlanta.