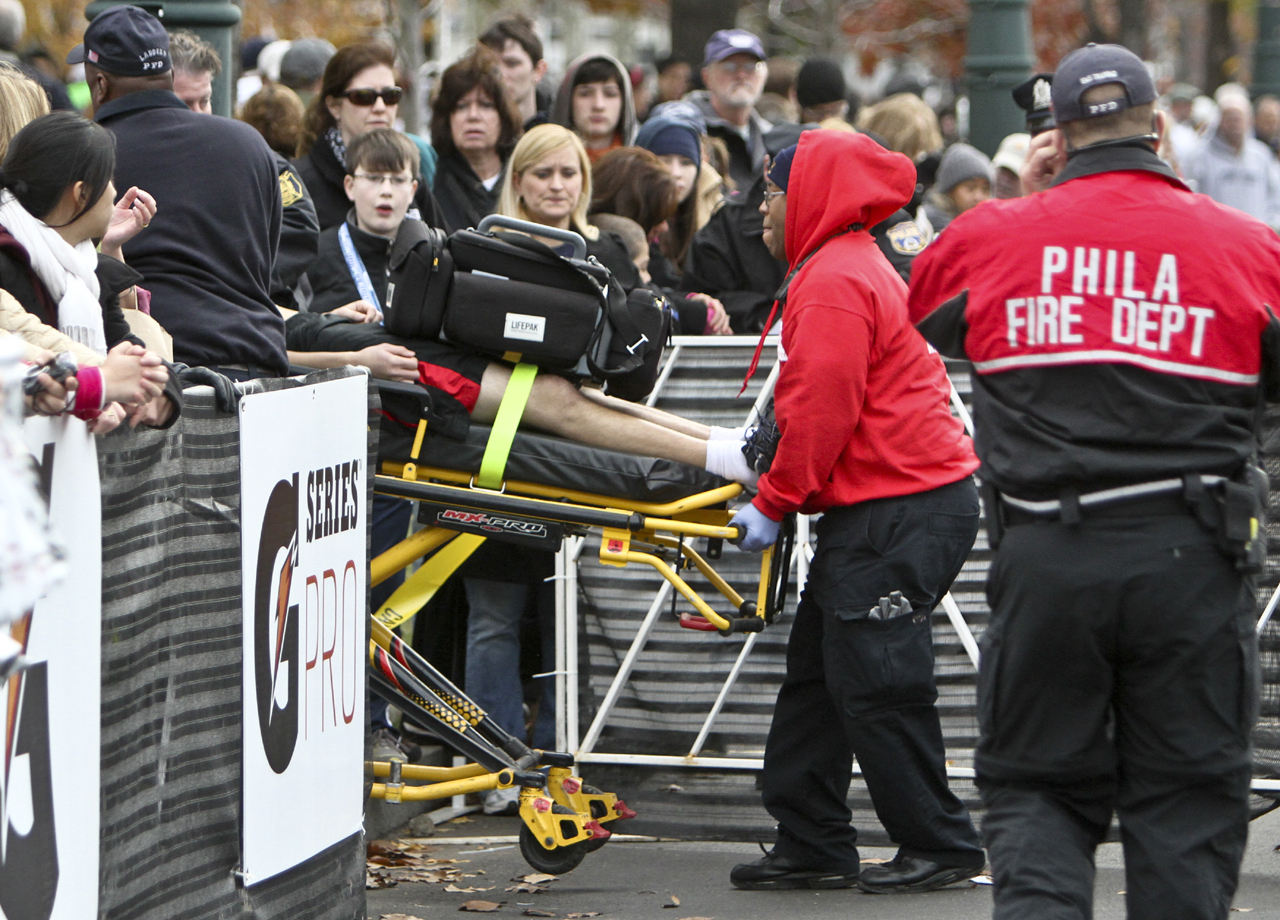 CBS Station KYW reports that both runners were taken to Hahnemann University Hospital where they were pronounced dead of apparent heart attacks.

Philadelphia Marathon Race Weekend Executive Director Melanie Johnson said, "We are deeply saddened and our thoughts are with their families and friends."

Their identities have not been released, pending notification of relatives.

Fire officials said at least 10 others were rushed to the hospital by ambulance, and the extent of their injuries and current status is unknown.

Peyton and Eli on the busy post football life
Thanks for reading CBS NEWS.
Create your free account or log in
for more features.
View CBS News In
CBS News App Open
Chrome Safari Continue
Be the first to know
Get browser notifications for breaking news, live events, and exclusive reporting.