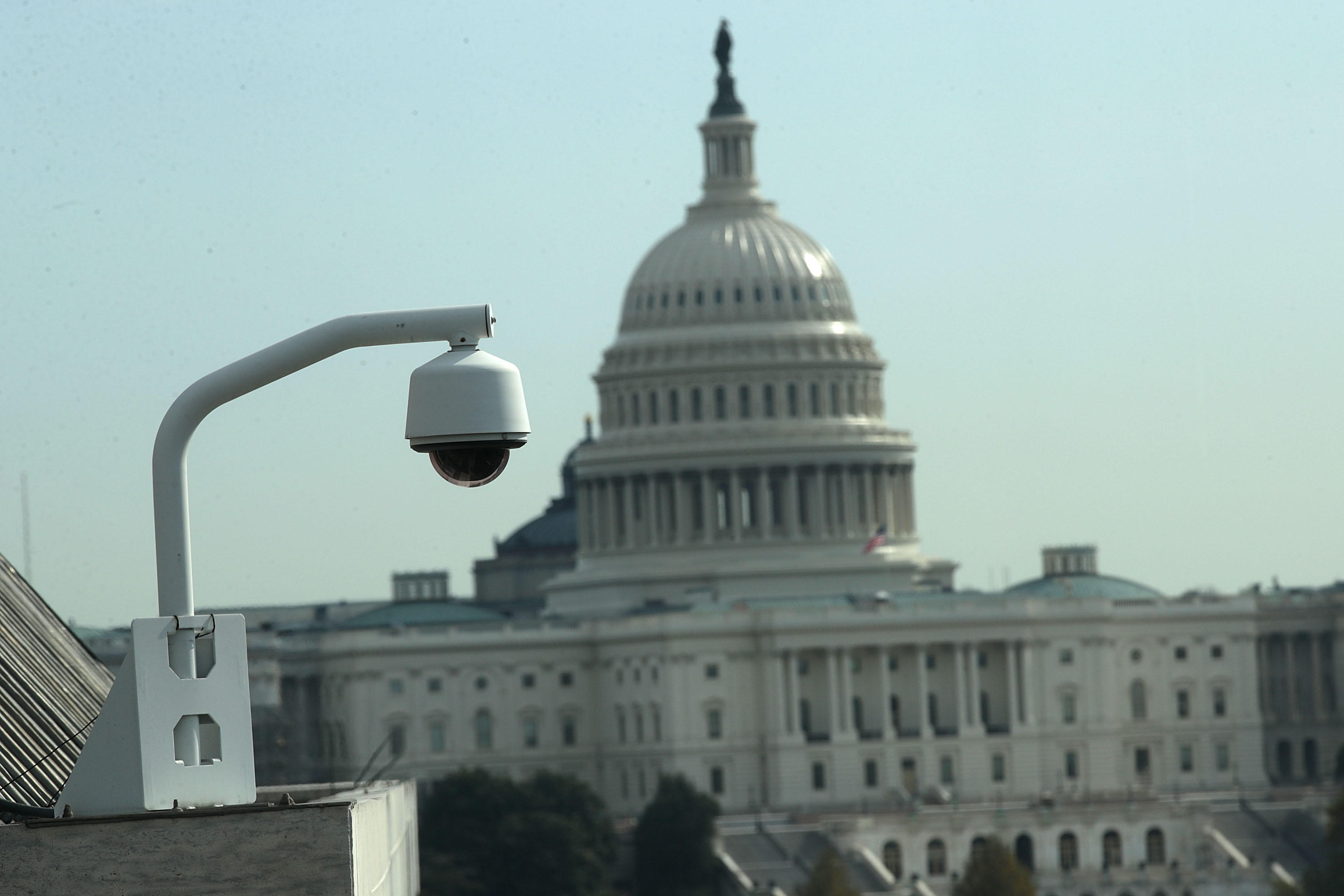 The suspects, Mihai Alexandru Isvanca, 25, and Eveline Cismaru, 28, have been charged with conspiracy to commit wire fraud and conspiracy to commit computer fraud, according to a criminal complaint unsealed Thursday. They were arrested on Dec. 15 at an airport in Bucharest, Romania.

A Secret Service agent wrote in the complaint that the suspects used spam emails to distribute malicious software to Metropolitan Police Department computers used to operate 123 of the city's 187 surveillance cameras.

"This case was of the highest priority due to its impact on the Secret Service's protective mission and its potential effect on the security plan for the 2017 Presidential Inauguration," U.S. Attorney Jessie K. Liu said in a press release announcing the charges.

Investigators said they were able to re-secure the cameras before the inauguration and police operations that day were not interrupted by the hack.

Authorities say the suspects used the hacked computers to spread further spam in a bid to distribute the ransomware more widely, ultimately targeting some 179,000 email addresses with malicious code. The total number of victims hit by the ransomware is not included in the complaint.

Investigators determined that the spam mailings were routed through the bulk email service SendGrid, which allowed them to identify specific email accounts linked to the suspects, according to the complaint.

Isvanca remains in police custody in Romania, where Cismaru is also being held on house arrest pending further legal proceedings, according to a statement released by the U.S. Attorney's Office for the District of Columbia.