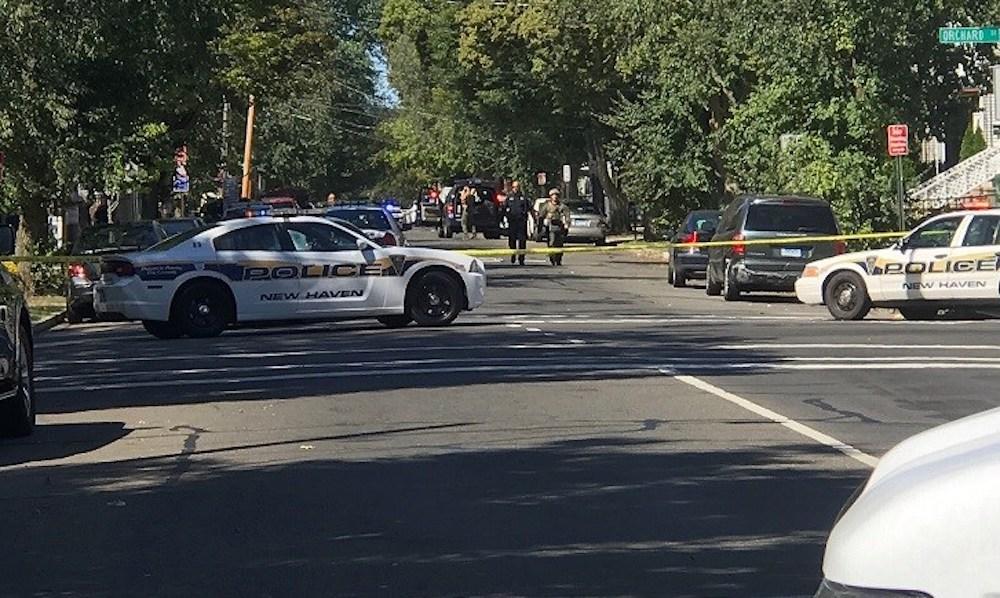 Police arrived at a home on Elm Street around 10:30 a.m. Saturday after receiving reports that a 51-year-old woman was shot. She suffered gunshot wounds to her hand, arms, back and chest, police said. She was rushed to Yale New Haven Hospital but where she is undergoing surgery and in critical condition.

After the woman said she was shot at a home across the street, police entered the residence where the suspect opened fire. Police said officers -- identified as Eric Pasino and Scott Shumway -- suffered gunshot wounds to the arm and are expected to make full recoveries.

Police later identified the suspect as 51-year-old John Douglas Monroe of New Haven. Monroe was taken to the hospital in serious but stable condition after he was shot by police in the basement.

Residents in the neighborhood were evacuated with the assistance of an armored vehicle as police tried negotiating with the suspect.