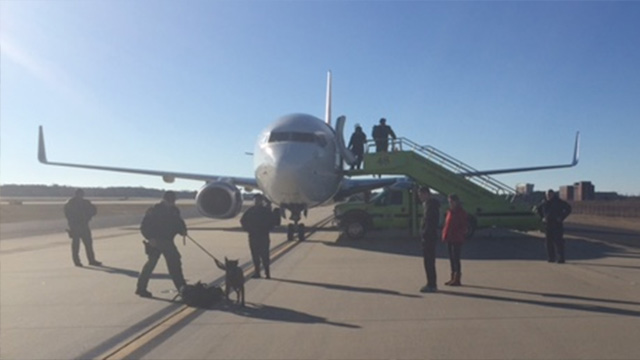 ATLANTA -- Two passenger planes were escorted by fighter jets to Atlanta's airport Saturday afternoon after bomb threats were made against them, authorities said.

Late Saturday, the airport posted to its Twitter account that both planes had been cleared and that normal airport operations had resumed.

A Delta spokesperson confirmed one of their planes was also involved and that the aircraft was being inspected.

FBI Special Agent Stephen Emmett in Atlanta said both flights were "safely on the ground."

"Earlier, airline officials received a bomb threat and precautions were taken, to include the scrambling of military aircraft via NORAD, having deemed the threats as credible," Emmett told CBS News. "Explosives units at Atlanta are now on scene to sweep the aircraft."

CBS affiliate WGCL in Atlanta reported the threats were made on Twitter, with the first message sent to Delta at noon EST.

"I have a bomb on one of your planes, but I forgot which one when I left the airport," one message read. "Can you help me find it?"

The person ended the series of tweets by threatening more flights if anything were to happen to him or her.