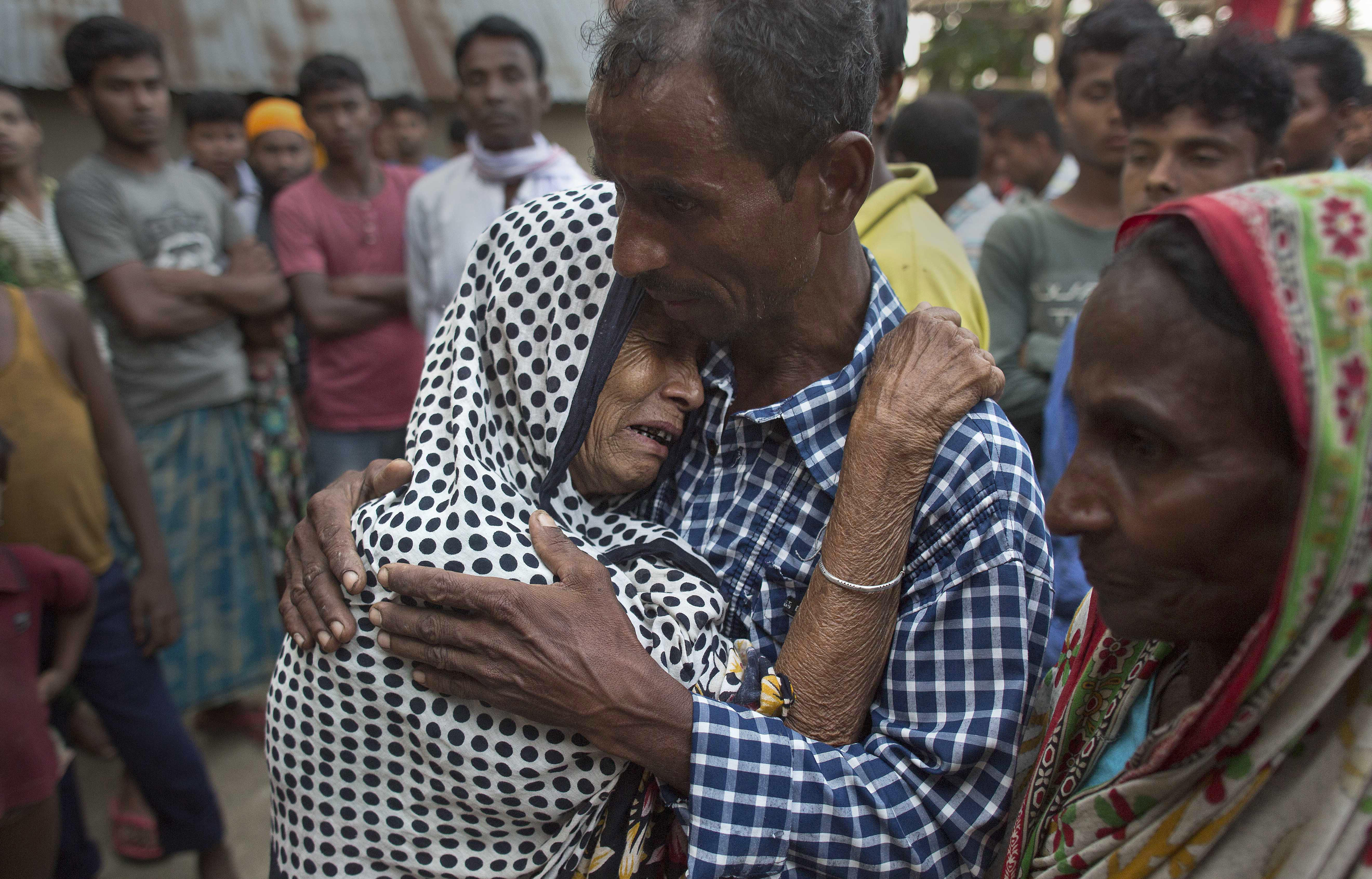 GAUHATI, India -- Two Muslim men were beaten to death by a mob in northeastern India over allegations of cow theft, the latest in a series of similar attacks across the country, police officials said Monday.

Senior Assam state police official Mukesh Aggarwal said police have filed a criminal complaint and are trying to identify the members of the mob, but no arrests have been made so far.

The attack took place Sunday in a village in Nagon district, 80 miles east of the state capital, Gauhati, when a mob accused the two men of trying to steal cows and began beating them with sticks and rocks.

Police in the district said that by the time they reached the scene the men were already in critical condition, and were declared dead at a hospital.

This is the third cow-related death in the country in the past month. On April 1, Pehlu Khan, a Muslim cattle trader, was lynched by a mob in the western state of Rajasthan as he transported cattle he had bought at an animal fair back to his home state of Haryana. Khan and his family were small dairy farmers.

The rise in cow-related lynchings and beatings began after the ruling Hindu nationalist Bharatiya Janata Party was voted to power in a landslide victory in 2014. Most of the attacks have been attributed to local Hindu radical groups.

Human Rights Watch said last week that Prime Minister Narendra Modi, during the 2014 election campaign, repeatedly called for cows to be protected. Hindus, who form 80 percent of India's 1.3 billion people, consider cows to be sacred, and for many eating beef is taboo. In many Indian states, the slaughtering of cows and selling of beef is restricted or banned.

Since May 2015, "a violent vigilante campaign against beef consumption" has led to the killings of at least 10 Muslims, including a 12-year-old boy, in seven mob violence cases, according to Human Rights Watch.

"Self-appointed 'cow protectors' driven by irresponsible populism are killing people and terrorizing minority communities," Meenakshi Ganguly, South Asia director at Human Rights Watch, said in a new release. "The government should condemn this violence and take prompt action against those responsible for these attacks or face allegations of complicity."

Over the last two years vigilante groups who call themselves cow protectors have become active in small towns and cities across India. Even lower caste Hindus, who usually carry out undesirable tasks such as skinning dead cattle, have faced mob violence.