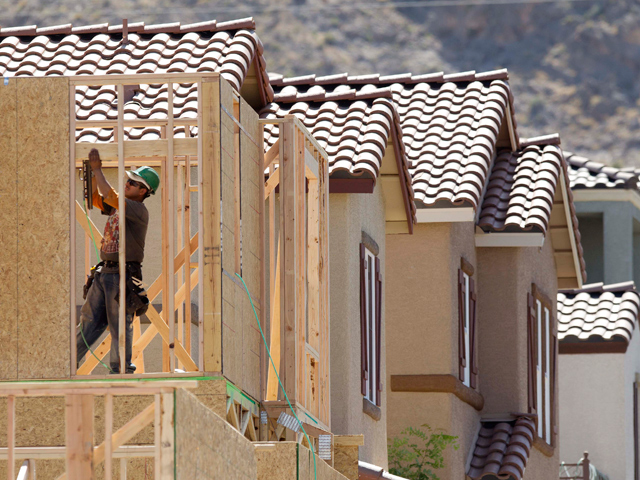 LOS ANGELES -Some Americans are giving up entirely on the idea of owning a house - choosing instead a condo or renting an apartment.

In southern California, CBS News correspondent Bill Whitaker reports more of those homes are being built now - but they don't create as many construction jobs as single-family houses do.

Put on life support by the recession, housing construction in California is beginning to show a pulse. But the life blood is no longer single-family houses. There's a new driving force: apartment and condo construction.

"There was a paradigm shift," said Kyle Donovan of City Constructors Inc. Donovan used to focus almost exclusively on single-family houses in the once booming Santa Clarita Valley in suburban Los Angeles. But with many of those houses underwater and new construction ground to a halt, apartments and condos now make up to 60 percent of his business.

"In order to stay alive and to stay working, you had to go where the money was," Donovan said. "And the money right now is in multi-family and apartment buildings."

This is good news for some, but not for all. 370,000 construction workers lost their jobs in California in the recession. Since building an apartment takes fewer workers than a whole development of single-family houses, it's likely 200,000 of those lost jobs are not coming back.

Nationwide, 2 million construction jobs seem lost for good. The states that have fallen the hardest, California, Nevada, Florida and Arizona, are the very states where construction expanded the most before the bubble burst. In the boom years, Delvin Knight built single-family houses in the suburbs. Now he feels lucky to have landed this job in Hollywood.

Knight said, "These apartments are the first residences I've done in the last two or three years."

With foreclosure forcing hundreds of thousands of people from their homes, builders expect demand for apartments and condos to grow for several more years.

We thought we saw at least a glimmer of hope for the housing market - the government reported today that home construction nationwide was up 3.5 percent last month.

But when we dug into that, the experts told us the pace of building is a long way from what's needed for a housing recovery.