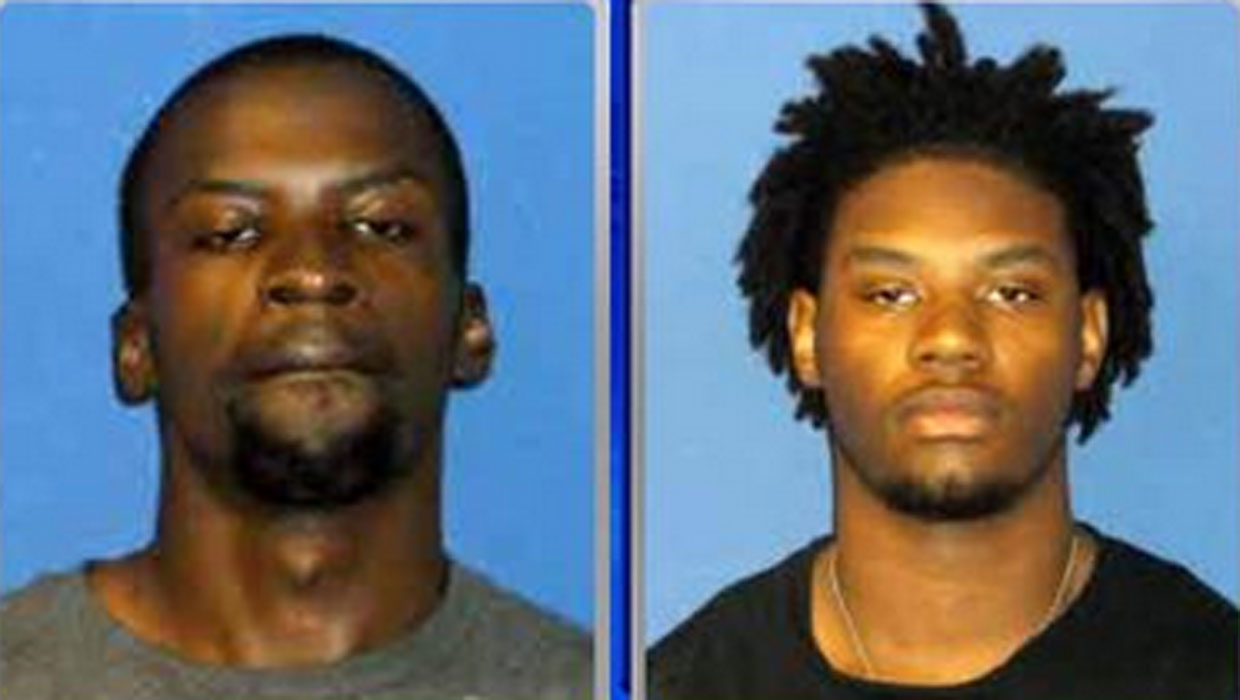 CLINTON, N.C. - Two armed men wearing tactical vests with "SWAT" on them invaded a home and used stun guns on children, including a 4-month-old, authorities said.

There were two adults and five children in the home at the time of Tuesday's attack in Clinton, in southeast North Carolina. Four occupants were treated at the scene for stun gun burn marks.

Investigators said the two men, along with a third man who fled the scene in a gray vehicle before deputies arrived, had forced their way into the home to rob it. The house was occupied by a 47-year-old man, a 36-year-old woman and five children ranging in age from 13 years to 4 months to 13 years, CBS affiliate WRAL reported.

According to the station, an 11-year-old girl hid in a closet and called for help during the break-in, authorities said, but when one of the intruders found her, he pointed a gun at her face and threatened to kill her.

"It is despicable that someone would torture children, and for what? A little cash," Sampson County Sheriff Jimmy Thornton said in a statement. "I am thankful that we were able to capture at least two of the three individuals responsible for this heinous act. We will continue to work diligently to identify the third suspect."

The two men in custody, WRAL reported, were identified as Naquan Lavert Bryant, 20, and Rashad Eugene Curlee, 26, both of Raleigh. Both are charged with numerous counts including kidnapping, robbery, assault by pointing a gun, assault on a child under 12 and attempted first-degree forcible rape.

Other charges include impersonation of a law enforcement officer, interfering with emergency communications and resisting officers.

Both men were being held in the Sampson County jail on a $1 million bond.

Deputies responding to a call saw two men running in opposite directions away from the home in Sampson County. One man was captured a short distance away, while the second man was tracked down by a K-9 team in a wooded area behind the home.

An 11-year-old girl in the home hid in a closet and called for help, but was discovered by one of the suspects, who pointed a gun at her and threatened to kill her, authorities said.

"It is despicable that someone would torture children, and for what, a little cash," Sampson County Sheriff Jimmy Thornton said. "I am thankful that we were able to capture at least two of the three individuals responsible for this heinous act."

Naquan Lavert Bryant, 20, and Rashad Eugene Curlee, 26, face a host of charges, including kidnapping, assault and attempted rape. They each are jailed under $1 million bond. It's not clear if either has an attorney.