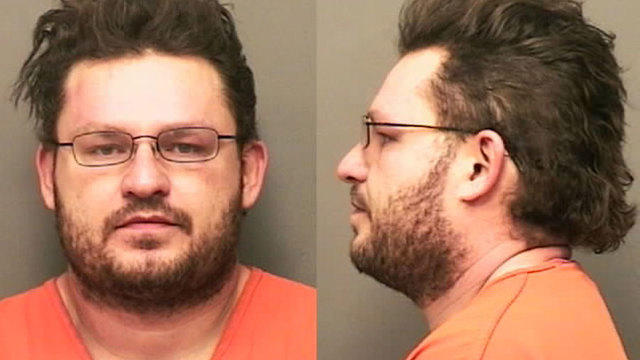 OAK GROVE, Ky. -- Authorities say two Fort Campbell soldiers have been killed and a juvenile injured following a domestic dispute near the Army post on the Kentucky-Tennessee line.

Kentucky State Police say in a statement it appears 35-year-old Jeremy Demar of Clarksville, Tennessee, was in a domestic dispute with his estranged wife, 32-year-old Priscilla Ann East, and found her at a home in Oak Grove, Kentucky, where he forced his way in Thursday night and fatally shot her and 28-year-old Christopher Ryan Hoch.

The statement said both were soldiers.

Police say a teenager received minor injuries in a confrontation with Demar, who fled with a young child.

The statement says Clarksville police later apprehended Demar and took him into custody. His two-year-old daughter was in the car with him when he was apprehended, CBS affiliate WTVF reports. The child was not hurt.

Demar was charged Friday with murder, murder-domestic violence, burglary and assault. He is being held at the Montgomery County Jail. Records don’t indicate whether he has an attorney.