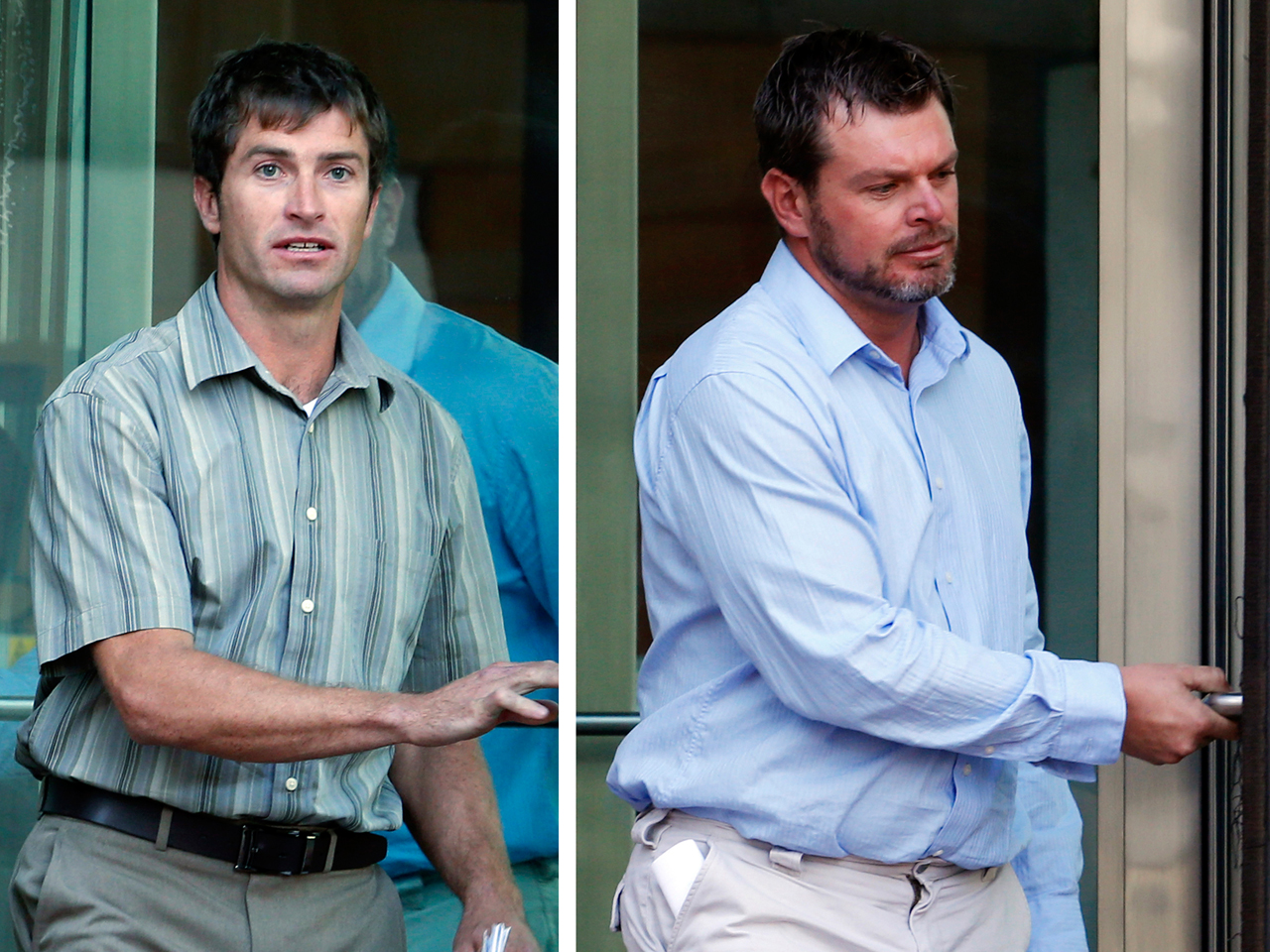 DENVERTwo Colorado farmers whose cantaloupes were tied to a 2011 listeria outbreak that killed 33 people pleaded guilty on Tuesday to misdemeanor charges under a deal with federal prosecutors.

Eric and Ryan Jensen entered the pleas in federal court in Denver to six counts of introducing adulterated food into interstate commerce.

A sentencing hearing has been set for Jan. 28. The deal didn't address the brothers' possible punishment.

The Jensens each faced up to six years in prison and $1.5 million in fines had they been convicted of all of the original charges against them.

Officials have said people in 28 states ate the contaminated fruit and 147 were hospitalized.

A statement from the Jensens' attorneys says the brothers were shocked and saddened by the deaths, but the guilty pleas do not imply any intentional wrongdoing or knowledge that the cantaloupes were contaminated.

The brothers have sued the safety auditor who gave their farm a "superior" rating just before the outbreak.

According to the FDA, conditions at Jensen Farms in southeast Colorado led to the 2011 outbreak. Federal investigators said the melons likely were contaminated in the farm's packing house because of dirty water on the floor and old, hard-to-clean equipment.

Criminal charges are rare in food-borne illnesses, but the FDA under President Barack Obama has been more aggressive in pursuing farmers and food processors for alleged lapses.