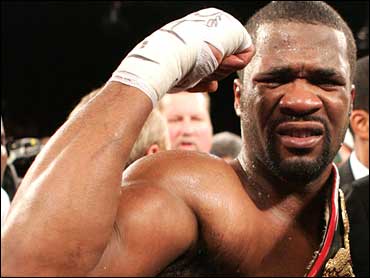 ATLANTA -- A man and a teen have been charged in the robbery and death of Atlanta boxer O'Neil "Supernova" Bell, reports CBS affiliate WGCL.

Atlanta police said a Crime Stoppers tip helped lead them to Tycorion Davis, 18, who is suspect of robbing Bell just after he stepped off a bus on Nov. 25, and then killing Bell when he attempted to fight back.

A 16-year-old was also arrested in connection with robberies connected to Bell's death. Investigators are still searching for two other suspects.

Police said surveillance images released to the public contributed to the tip they received.

"All that, I believe, was helpful and again this just shows that if people continue to watch the news continue to call in Crime Stoppers where they can remain anonymous, this helps our case tremendously," said Atlanta police homicide commander Charles Hampton.