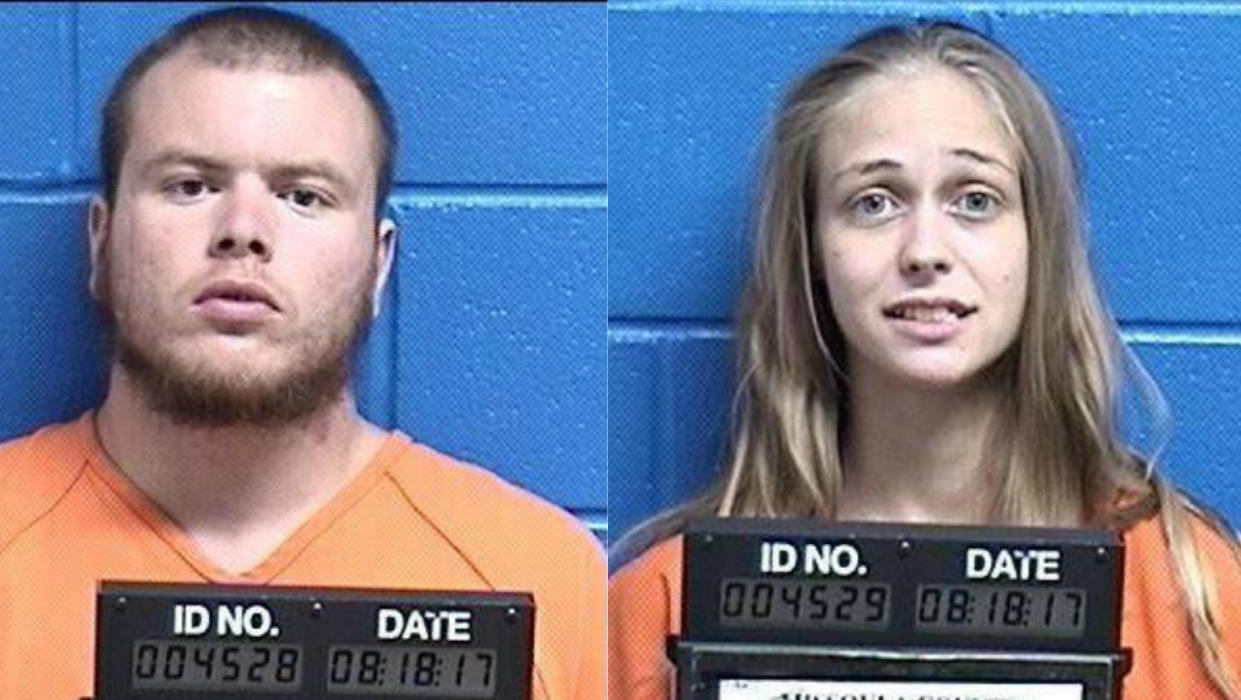 MISSOULA, Mont. -- Bail was set at $2 million for two western Montana residents who are charged in the stabbing deaths of two people whose bodies were found in plastic tubs of chemicals in the basement of a Missoula home.

Tiffanie Pierce, 23, and Augustus Standingrock, 26, were arrested last week and made their initial appearances in Justice Court on Monday. Both are charged with deliberate homicide and accountability to deliberate homicide for the deaths of a man and a woman on Aug. 17. They did not enter pleas.

The victims' names haven't been released.

Pierce and Standingrock tried to destroy the bodies of the victims by putting them in tubs with chemicals that prosecutors say were purchased by Pierce.

Pierce's roommate told police he was awakened by a woman's screams and found Pierce and Standingrock in the bathroom washing blood off themselves before Pierce told him there was a dead woman in the basement.

The roommate left but said Pierce showed up at his work and told him she "killed a couple people last night," according to court records.

Pierce reportedly told her roommate that Standingrock brought a couple of people over and that he took them to the basement and attacked one.

Pierce attacked the other person, who had tried to get away, the roommate told investigators.

The initial investigation found both victims died of stab wounds.

Pierce also is being investigated in a home invasion and stabbing that happened in late July, according to a search warrant application filed by Missoula police. The victim in that case told officers that a woman asked her several times, "Where's the money, where's the drugs?"