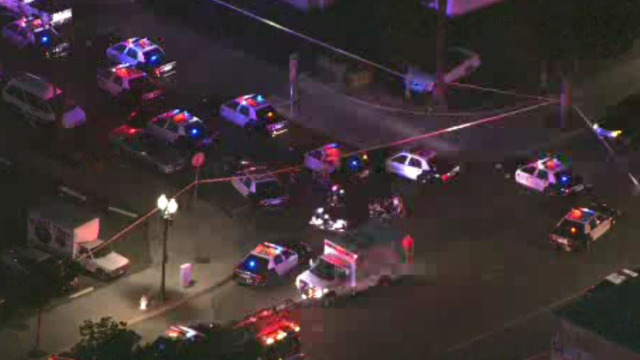 SANTA ANA, Calif. -- Santa Ana police have shot and killed two burglary suspects, a day after a gun battle wounded an officer and a gang member.

Cpl. Anthony Bertagna says the shooting occurred around 3:30 p.m. Thursday after two officers answered a report of a burglary in progress.

The shootings occurred in the 1100 block of E. 4th Street, CBS Los Angeles reported. No officers were hurt.

But there's no immediate word on whether they fired at the officers, who weren't hurt.

On Wednesday, a 30-year-old gang member was wounded and a police officer grazed in a gun battle. Police say the gunman fired at a gang enforcement detective, who returned fire.

The suspect was hospitalized.