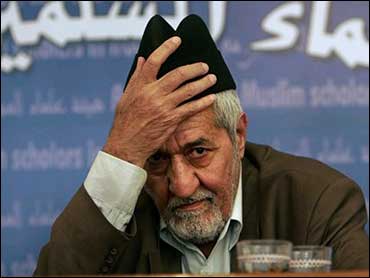 Bombs killed two British contractors in southern Iraq and seven people in the heart of the capital, and framers of the new constitution were pessimistic they could meet an August deadline for parliament to approve a draft.

The United States hopes that a new Iraqi constitution will help calm the insurgency by encouraging the country's disaffected Sunni Arab community to abandon the conflict and join the political process.

But the violence continued Saturday, with the two Britons, who worked for the security firm Control Risks Group, killed when a roadside bomb exploded alongside a British consulate convoy in Basra, Iraq's second-largest city, 340 miles southeast of Baghdad.