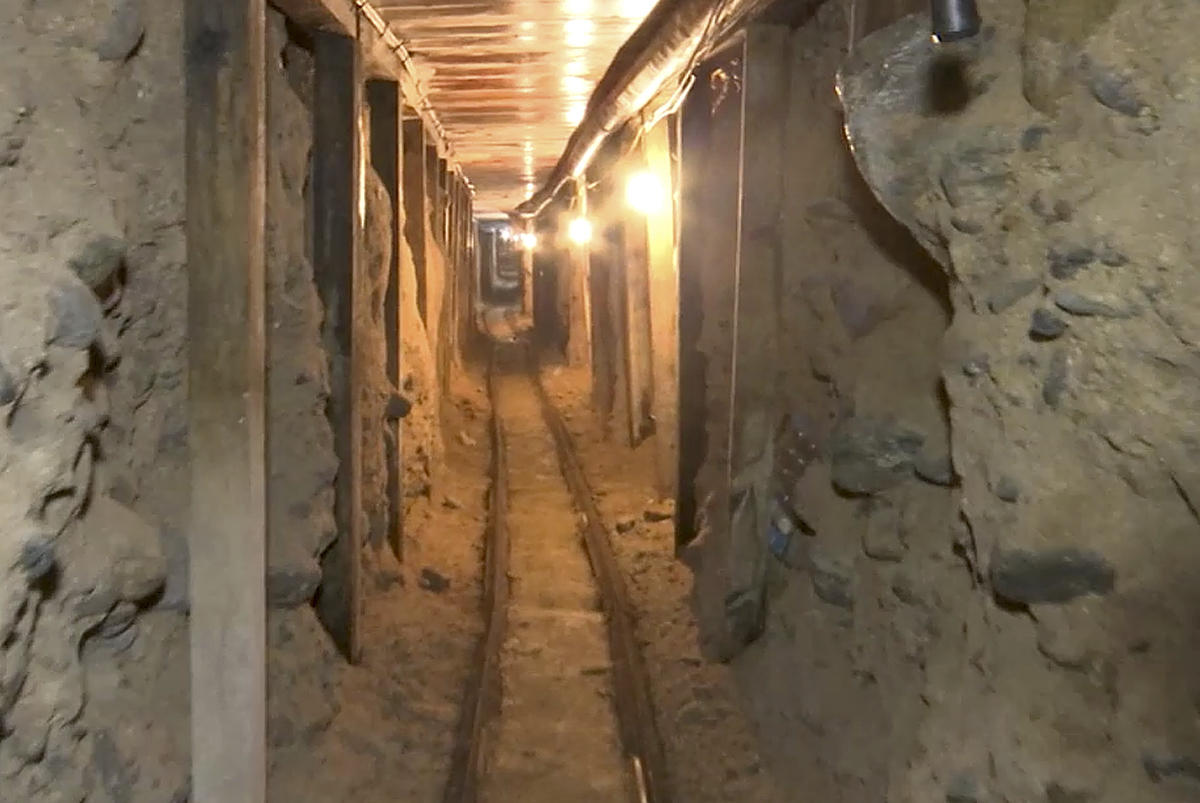 MEXICO CITY -- Mexican police and soldiers have discovered two clandestine tunnels in the border city of Tijuana that officials believe were built to smuggle drugs into California.

The tunnels were found in an area of warehouses across from Otay Mesa, about 400 meters away from each other. The area immediately north of the border is also a warehouse district.

Prosecutors said Monday that one of the tunnels reached to San Diego, and the other was unfinished.

The Mexican Attorney General’s Office said the tunnels were apparently used by the Sinaloa cartel to move drugs into the United States.

It said it found the tunnels after the U.S. consulate in Tijuana determined the tunnels were being reactivated after apparently falling into disuse.