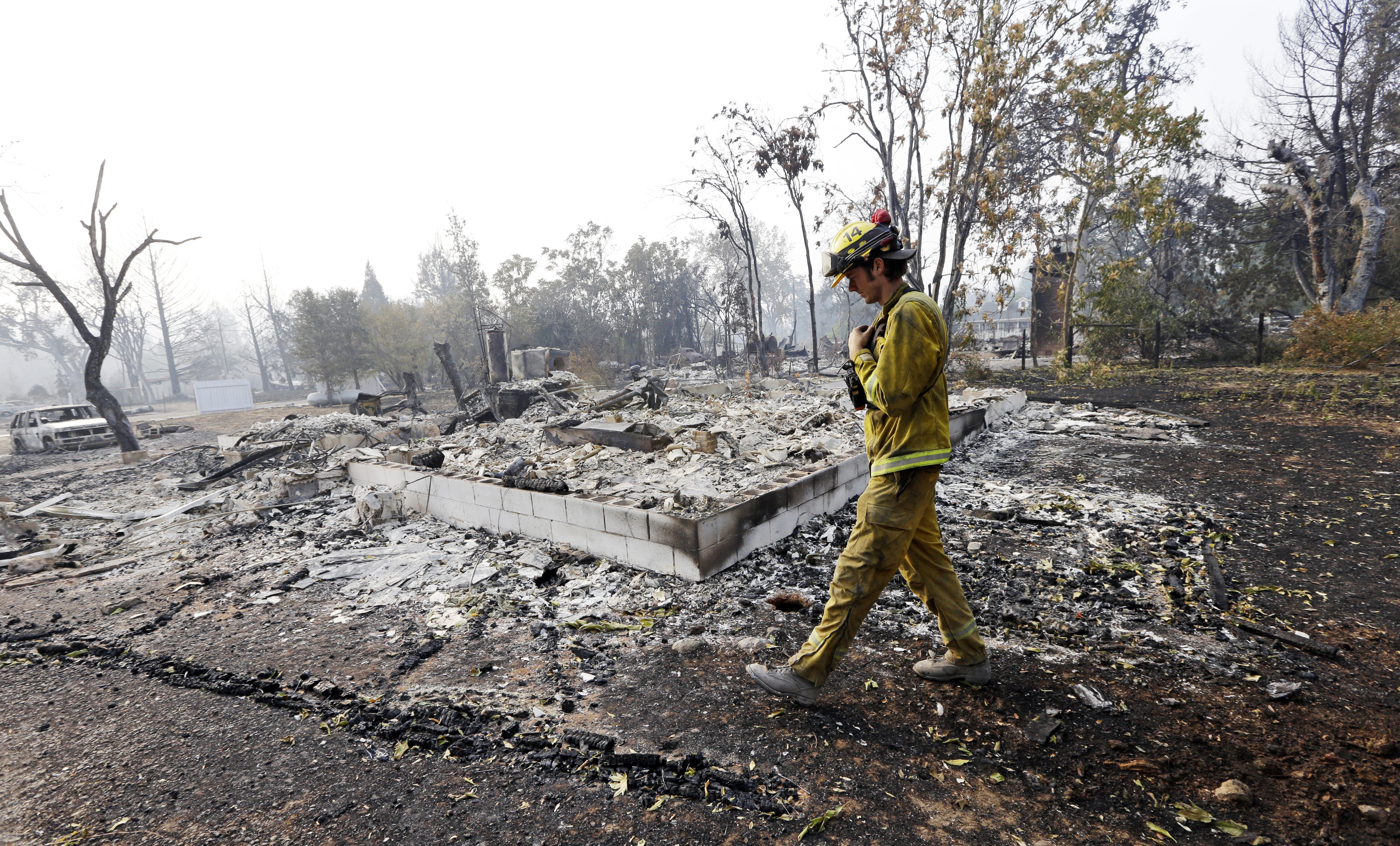 MIDDLETOWN, Calif.-- Two bodies were found at the site of a wildfire in the Sierra Nevada foothills, while dogs were used Wednesday to search for a former police reporter and several other people who authorities fear were killed in a separate, fast-moving blaze in northern California.

One of the victims was identified as Mark McCloud, 65, who was found inside his residence in the Mountain Ranch area. Raggio wouldn't release the name of the second victim, also found in Mountain Ranch, because the family has not been notified.

He said both were found in an area where mandatory evacuations were ordered after the fire burning 60 miles southeast of Sacramento exploded in size over the weekend.

The deaths came in addition to an elderly, disabled woman whose body was found Sunday in the ruins of her Lake County home about 100 miles north of San Francisco.

Authorities were searching nearby for 69-year-old Leonard Neft, who was reported missing by his family. His burned-out car was discovered on a route he would have used to escape.

"We have reports of several others that may have perished in the fire," Lake County Sheriff Brian Martin said during a tour of the disaster zone with state emergency officials.

Neft, who worked for the San Jose Mercury News, last spoke with his family Saturday.

His daughter Joselyn Neft said his wife, Adela Neft, repeatedly called him then to tell him to leave the house, but he told her he didn't think the fire was coming toward him.

His house was in the same area where Barbara McWilliams, 72, was found dead. She told her caretaker she didn't want to leave her home near Middletown and would be fine.

Sheriff Martin was among the state and local officials who traveled in a convoy of government SUVs to inspect the still-smoldering ruins in the devastated Lake County region.

Smoking power lines dangled overhead in one area as officials looked over the hardest-hit places.

"It's not a pretty picture," state fire chief Kim Zagaris, said on the tour. "There's going to be a lot of heartbreak for the folks who live out here."

Zagaris said the official tally of homes destroyed in the Lake County fire stood at 603 - a figure that's expected to increase.

Sheriff's deputies and others have responded to a number of missing-persons reports since the fire broke out Saturday. Many of those unaccounted for could be staying with relatives, on vacation or not affected by the fire, officials said.

The fire has consumed more than 109 square miles. Crews were gaining ground on it and doubled containment from 15 percent to 30 percent, California Department of Forestry and Fire Protection spokesman Dan Olson said.

The weather was cooperating, with rain falling steadily at an evacuation center where hundreds of people were staying in trucks and tents. The center at the Napa County fairgrounds was feeding about 1,000 people at each meal. The food was being prepared by wine country chefs who are donating their time and skill.

Some residents have cried as they walked through the rubble of their homes. Others shared amazing stories of survival as they surveyed the twisted metal and smoking ruins lefts behind by the fire.

The cause of the blaze was unknown, but officials investigating the blaze spent Tuesday surveying a burned-out shed next to a two-story home in the community of Cobb, the San Francisco Chronicle reported.

The house was unscathed, but the fire charred a hill south of the home after possibly igniting in or near the small shed, the newspaper reported.

The Lake County fire and the blaze to the southeast have displaced 23,000 people and were the worst of a dozen wildfires burning in the state.

The wildfire burning in the Sierra Nevada had destroyed at least 233 homes. The blaze in Amador and Calaveras counties has charred more than 110 square miles and was 45 percent contained. It was threatening another 6,400 structures.