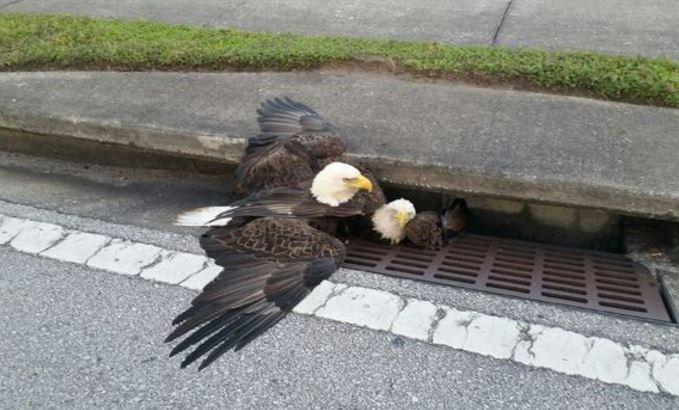 The bald eagles were eventually freed after several hours, according to Orange County Fire Rescue.

One bald eagle was able to fly away after about an hour into the incident, but the second eagle was rescued an hour later by specialists from the Audubon Center for Birds of Prey.

Dianna Flynt from the Audubon Center for Birds of Prey told WKMG it’s currently eagle nesting season and she believes the eagles got into a fight when one bird got into the other bird’s territory.

“What we have is a fight going on, and they fight unbelievably to the battle but hopefully not to the death,” Flynt said.

She believes the fight started in the air when one eagle flew into the other’s territory. It’s likely the two birds got stuck while in the air and then fell into the drain.

The eagle that didn’t fly off still needs to be assessed for injuries, but Flynt told WKMG in this case it’s likely the eagle will have puncture wounds, which is usually what happens when eagles fight.